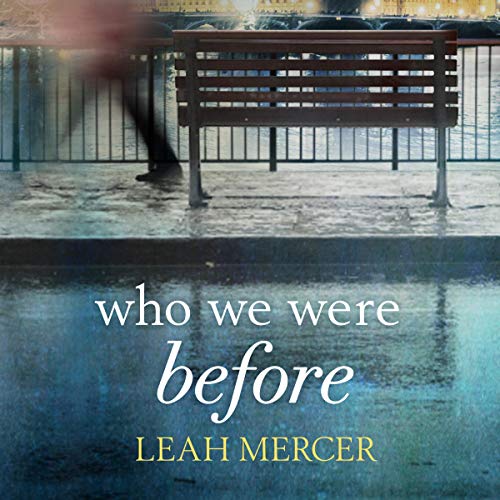 Who We Were Before

By: Leah Mercer
Narrated by: Simon Mattacks,Henrietta Meire
Try for £0.00

Zoe knows that it wasn't really her fault. Of course it wasn't. But if she'd just grasped harder, run faster, lunged quicker, she might have saved him. And Edward doesn't really blame her, though his bitter words at the time still haunt her, and he can no more take them back than she can halt the car that killed their son.

Two years on, every day is a tragedy. Edward knows they should take healing steps together, but he's tired of being shut out. For Zoe, it just seems easier to let grief lead the way.

What listeners say about Who We Were Before

Would you try another book written by Leah Mercer or narrated by Simon Mattacks and Henrietta Meire ?

I like the idea of the story but I don't feel that it acheived it full potential.

The idea of being lost in a strange place was interesting although asking someone for help would have sorted it out a lot quicker.

The female narrator was a little annoying, it sounded a bit unnatural, like she was reading it from a sheet for the first time.

Did Who We Were Before inspire you to do anything?

Go back to Paris.

I didn't dislike the book but I felt dissatisfield once I'd finished it.

Enjoyed this story. The narration was good. Think it shows the importance of talking to each other especially through bad times.

Loved this book from start to finish. So sad, and yet so true to life. I couldn't put it down. Excellent read.

narration is good, but the story is horrible, my review is on Goodreads and partially on Amazon

Thought provoking brilliance from start to Finnish, best I've listened to for a long time

A well written story that is extremely well narrated. Not a book that will lift the spirit, not shed so many tears in years. Will certainly look out for more audio books by this author - maybe a more cheery sequel?

A story of tragedy and grief. A little long and repetitive. Female narrator was a bit harse to listen to. I found myself skipping parts. Okay for a few bucks.

Would you listen to another book narrated by Simon Mattacks and Henrietta Meire ?

What character would you cut from Who We Were Before?

All of them, or definitely redefine their roles.

A bit redundant, drug out and obvious for my taste. It doesn't compare at all to it's competitors.

I read the description so had an idea that it was about overcoming tragedy and I was interested in that story however I didn't realize the entire book would be about tragedy and sadness. it was absolutely depressing with very small moments of even normalcy let alone happiness. It was very difficult to get through and I didn't want to return to the story everyday. It was told in an interesting way through both characters pov which I liked but that was about it.

I wish the ending told us what the characters decided to do. The story was great and how the characters reacted was very true to life. I highly recommend.

The main reason for the headline is the performance by Ms. Meire. While her voice had the urgency, emotions, despair, and excitement needed, she read far too fast, with not enough dramatic pauses. This almost negated the necessary feelings. It's like she already has the female character's personality and experiences and she's just reading them off as fast as she can. Simon Mattacks, on the other hand, was great as ever. He could actually have read both roles.
The book itself was well developed and engaging, switching off from one character or time to another. I was satisfied with the ending. The story was quite realistic, with every hope built up and then dashed, with characters missing one another's changing views of the relationship,

It was okay. Just a bit too idealistic.

As a bereved mother it is unrealistic that a few hours wandering lost in a foreign city could heal such a deep emotional wound as it was portrayed here. Nothing to note even happened while she wandered that should have brought her closer to healing, in fact, being reminded of her lost motherhood should have made the wound feel fresh again- as it does in the real world when a bereved parent is reminded of their lost child. that sudden flip-flop of her emotions seemed poorly thought out. Overall the story was engaging and kept my attention, if not a bit predictable. Sometimes the time jumps got confusing, but they made the story more interesting. The performance of the narrators was spot on, no awkward places where the narrator's inflection of a word or emotions seemed unmatched to the context like in some audiobooks.

For someone who normally reads science fiction, I'm not sure why I started this story, despite its great reviews. I am incredibly happy that I listened to this beautiful love story. I found myself staying up much later than I should have because I was desperate to know what was going to happen next. Even to the last few minutes I still wasn't certain how the story of Zoe and Edward was going to end.

The story is written from the viewpoint of the the two main characters, one chapter from Zoe's perspective, the next chapter from Edward's. The narrators British accents were perfect for the story and the characters they were portraying.

Well done! I think even guys would enjoy this book! It is not the typical woman's love story.

Didn't enjoy this book, but found myself wanting/ needing to finish to learn the emotional state of the characters in the end.

Such a good read!!

This was so good, I really enjoyed it!! I liked how each chapter was told from the other person, either Edward or Zoey's perspective, like how it could have been the same day but we were seeing it through the other person's eyes. It really hoes to show how much losing a child can tear two people apart and they have to really find themselves again before they can come back together and be a couple.

Who We Were Before

If there was ever an argument for open communication as a couple this book personifies it. Was a good story with good character development but holy crap people just talk to each other for goodness sake! Tell each other how you feel....therapy....seriously, you both need therapy!