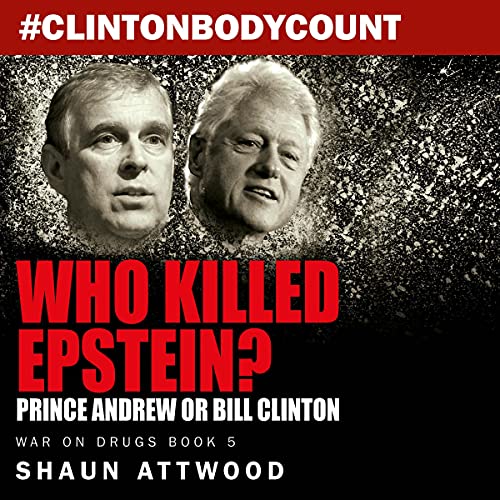 By: Shaun Attwood
Narrated by: Graham Mack
Try for £0.00

As well as committing abhorrent acts of pedophilia for decades, Epstein had been managing a child-sex blackmail operation that had ensnared some of the world’s most powerful people, ranging from royalty to ex-presidents. Survivors have claimed that Epstein filmed some of his guests raping minors.

Whoever ordered the hit on the super-predator had a lot to lose. This book examines the roles of Epstein and his accomplices in the honey-trap operation and the likelihood of a royal prince or an ex-president being co-conspirators in his assassination.

What listeners say about Who Killed Epstein?

Another GREAT by Atwood

Finished in a day! And loved it! Always looking forward to Shauns next great book!

Goes into depth and names those involved

One of the few sources I've found that actually goes into depth on the whole story and isn't afraid to name those involved. Mack makes inferences based on the facts he has, but makes it clear when he does and let's the facts lead him to his thoughts on others involvement.