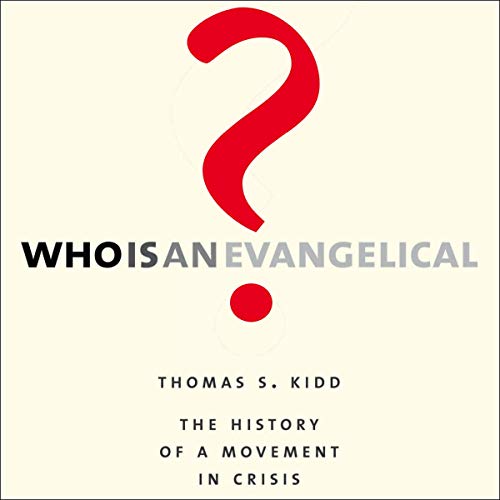 Who Is an Evangelical?

Evangelicalism is arguably America’s most controversial religious movement. Non-evangelical people who follow the news may have a variety of impressions about what “evangelical” means. But one certain association they make with evangelicals is white Republicans. Many may recall that 81 percent of self-described white evangelicals voted for Donald Trump, and they may well wonder at the seeming hypocrisy of doing so.

In this illuminating audiobook, Thomas Kidd draws on his expertise in American religious history to retrace the arc of this spiritual movement, illustrating just how historically peculiar that political and ethnic definition (white Republican) of evangelicals is. He examines distortions in the public understanding of evangelicals and shows how a group of “Republican insider evangelicals” aided the politicization of the movement. This book will be a must-listen for those trying to better understand the shifting religious and political landscape of America today.

“A concise but assured history of the evangelical movement.” (Atlantic)

“Examines evangelicalism with clarity and insight, through the telling of a riveting story.” (Russell Moore, president, The Ethics & Religious Liberty Commission of the Southern Baptist Convention)

What listeners say about Who Is an Evangelical?

Good information, and Kidd nails his case. It is discouraging to see how evangelicals became politicized, when the heart of being an Evangelical is the gospel. Also, the reader mispronounced several names, and it was annoying, distracting from the content.