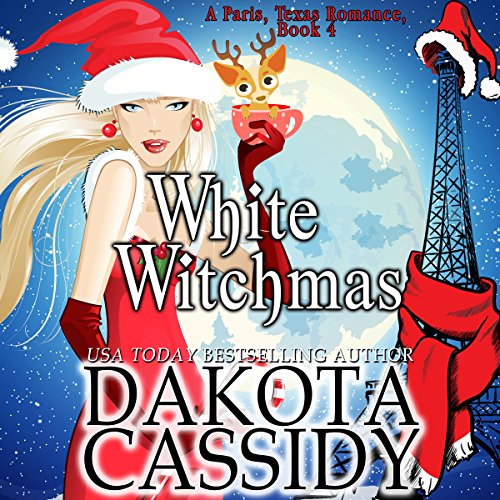 By: Dakota Cassidy
Narrated by: Hollie Jackson
Try for £0.00

Cozy Meadows, a middle school music teacher, is a little low on spirit this holiday season. After being abandoned by her fiancé Finn Donovan months earlier, she's just not the same.

When her werewolf friend, Calla asks her to head up Hallow Moon Senior Center's Christmas recital for the Council of Elders and the members of town, she dives in head first. What better way to keep her mind busy while she tries to get over the hunky Finn?

Until Finn comes back to their hometown of Paris, Texas. Fresh from a stint in magic abuse prison, Finn behaves as though he didn't literally disappear the night of their engagement party. He's all smiles and still sexy as sin.

Cozy's got her hands full with the wily seniors who call themselves The Depends Patrol, and her feisty familiar Jorge as she tries to navigate the return of Finn and keep track of the seniors and their shennanigans.

But things get a whole lot worse when someone makes an attempt on her life. It's Christmas daggonit! Shouldn't killers take at least one day off a year?

Everything isn't as it seems, including a secret Cozy's kept most of her life. A secret that just may end up costing her that very life....

What listeners say about White Witchmas

Dakota at her best.

Love the Depends Patrol and the new familiar who is just as hilarious and entertaining as the others. Nothing heady or convoluted here - just adorable.

Great book can't wait until the next book