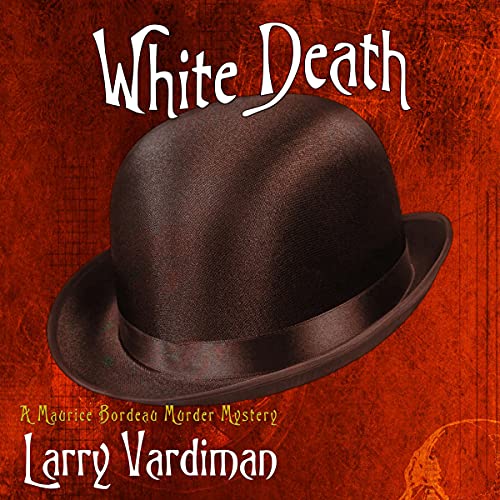 Seniors are dying at the Brookside Senior Living Center in Coeur d'Alene, Idaho. This is not unusual, but the rate has doubled in the last six months. One or two retirees are now dying each week. The executive director reports to the police that someone appears to be helping the grim reaper harvest his crop more quickly than expected. Chief Detective Bradley requests his friend and celebrated international investigator, Maurice Bordeau, and his confidante, Anthony Bristol, to take a break from their train tour across America and assist him to find the murderer. Bordeau assumes the identity of a resident, observes activities, and surreptitiously interviews several seniors who are potential murderers. He unravels the mystery of who the murderer is and how he administered the white death. With dramatic flair, Bordeau confronts the murderer before a crowd of witnesses and accuses him of killing a dozen people.

What listeners say about White Death