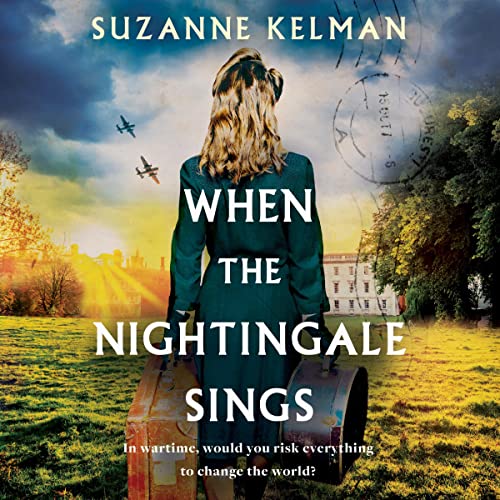 When the Nightingale Sings

By: Suzanne Kelman
Narrated by: Tamsin Kennard
Try for £0.00

1937, Europe and America. Based on a true story, this powerful novel about wartime courage and extraordinary friendship, tells how two women changed the fate of the Second World War and the course of history.

When an impossibly shy young woman named Judy Morgan finishes her studies in Physics at Cambridge University, it is with dreams of changing the world for the better.

Meanwhile, a beautiful, young Jewish woman decides to flee her beloved Austria, changing her name to Hedy Lamarr, and risking everything to get to America, as far away from the Nazi threat as possible.

A powerful friendship is formed when the two women meet in pre-war London - with Judy’s passion for science a perfect match for Hedy’s brilliant talent for invention. So when the world is gripped by a war that nobody could have imagined in their worst nightmares, both Hedy and Judy know they must act now.

As their lives repeatedly collide, in Cambridge, California, Pearl Harbor and beyond - throwing both their lives into danger and tragedy - Judy and Hedy both find themselves seeking ways to end the war.

But neither of them will know that one of them is on a path of tragedy. A path that could change the outcome of the war, but also threaten their friendship forever....

Fans of The Ragged Edge of Night, My Name is Eva and Beneath a Scarlet Sky, will love this unforgettable story about love, courage, and devastation set in World War Two Britain, Hollywood, and Pearl Harbor. Based on two true stories of amazing "hidden women" who changed the world, this novel shows the power of friendship in the darkest hours of history.

“Fantastic…. [Kelman] has a knack for writing vividly detailed scenes that make the reader feel as if they are actually experiencing the event with the characters… This should be at the top of your reading list…. Impeccably researched, heartfelt and emotional (I needed tissues for the last few chapters). By far, one of my favorites of the year.” (Fireflies and Free Kicks Fiction Reviews)

What listeners say about When the Nightingale Sings

Neither good or bad

Wonderful story about deep emotion, and intense friendship and the struggles women have had make their name. Highly recommend it

The author's description of feeling and emotions is gripping; like the strikes on a flintstone until sparks burst out.