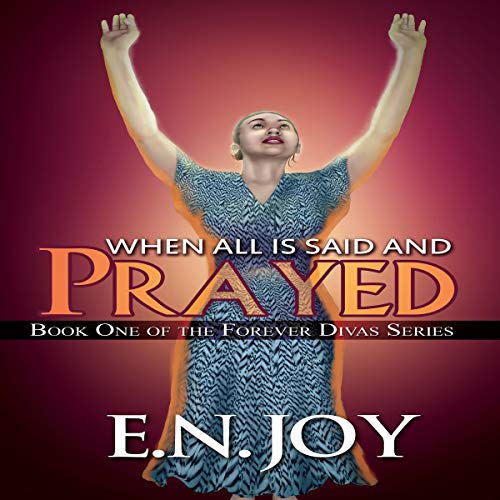 When All Is Said and Prayed

It ain't easy being saved, sanctified, and single. Try being a once divorced, now widowed single mother of two on top of that. Thank God, the Lord built Paige Vanderdale to be able to bear all of those titles without becoming weary to the point of giving up.

From the outside looking in, that life looks good on her. On the inside, though, Paige is coveting what so many others around her seem to have, which is true love. In the past, everything that she thought was love was either something far from it, or was taken away from her. Now Paige is afraid to let her hair down and open herself up to love again.

Paige struggles with the decision to reach out to an old flame to rekindle their spark. When the blaze gets too high, will Paige do what she always does, which is grab the nearest fire extinguisher and try to put it out? Or will she utilize her backup plan and run? The decision is abruptly removed from Paige's hands when something else begins to pull her away - something that just might be the thing that finally breaks her.

What listeners say about When All Is Said and Prayed

Loved It most to add in your library. The Diva series are very consistent in each character.

This was really an awesome book! I truly enjoyed the storyline and the thought-provoking questions at the end.