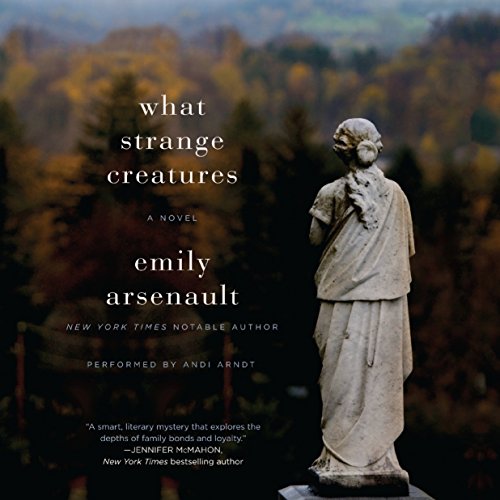 Scandal, love, family, and murder combine in this gripping literary mystery by critically acclaimed author Emily Arsenault, in which a young academic’s life is turned upside down when her brother is arrested for murder and she must prove his innocence.

The Battle siblings are used to disappointment. Seven years, one marriage and divorce, three cats, and a dog later, Theresa still hasn’t finished her dissertation. Instead of a degree, she’s got a houseful of adoring pets and a dead-end copywriting job for a local candle company.

Jeff, her so-called genius older brother, doesn’t have it together, either. Creative, and loyal, he’s also aimless in work and love. But his new girlfriend, Kim, a pretty waitress in her twenties, appears smitten.

When Theresa agrees to dog-sit Kim’s puggle for a weekend, she has no idea that it is the beginning of a terrifying nightmare that will shatter her quiet world. Soon, Kim’s body will be found in the woods, and Jeff will become the prime suspect.

Enough twists to hold your interest

Just enough worrisome twists and turns to keep one engaged with the story. Some details and character actions a bit implausible, but mostly the overall story is internally consistent and one can see, with some foreboding, why the characters are behaving as they do. Not to paint too dark a picture: the main characters are warm and likeable. Excellent narration.