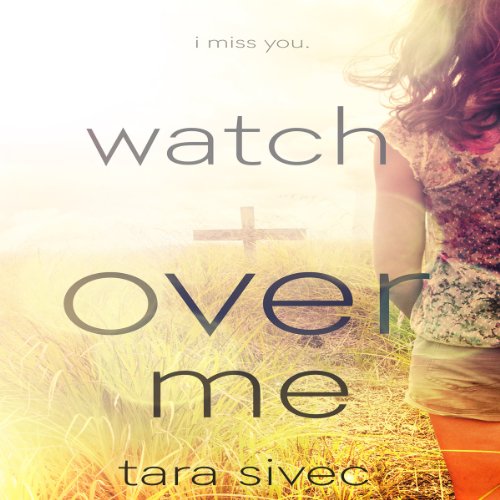 By: Tara Sivec
Narrated by: Marieve Herington (for EEC International)

Addison Snow is your typical teenager. She has a family that loves her, friends that make her laugh, and she's wrapped up in the excitement of graduating high school and going off to college to pursue her dream of becoming an author. When her mother, who also happens to be Addison's best friend, dies unexpectedly, her world comes to a crashing halt.

To make the pain go away, Addison and her father travel down separate, dark paths. She chooses to end her grief forever, while he drowns his sorrows in the bottom of a bottle. How do you learn to live again when the most important person in your life is gone?

Addison struggles to pick up the pieces of her life. Instead of getting back to being the carefree teenager she once was, she's stuck handling all of the responsibilities that should have been her father's. She has no time to grieve, no time for emotions, and no time for happiness...until Zander Reinhardt walks in. All it takes is one little handwritten note on a napkin to kick-start her back to life and help her realize that maybe there's more to that life than pain.

But can it really be that simple? Can she really trust this man who makes her feel alive again for the first time in a year? Addison and Zander both have secrets they aren't ready to share. When the truth finally comes out, is it enough to tear them apart or has something bigger than themselves always been watching over them, pushing them together, making sure they both get their happily ever after?

What listeners say about Watch Over Me

I'll have to think about this review, it was so emotional but so beautiful I was completely absorbed by it. I want to listen to it again, and again and listen and digest the words a little bit more each time.

The performance was perfect and just what I hoped for and now I have to buy the book to hold and treasure for ever. I will definitely keep this as my turn to book when times are hard as it gave me hope for a better future one day at at time.

Review: Watch Over Me, by Tara Sivec

It’s been quite a long time since a book has blown me away like Watch Over Me has done. I’m a big fan of Tara Sivec’s writing, but before now, I’ve only read her comedy and (meant in the nicest way) borderline obnoxious use of crude language. Last year I tackled her Chocolate Lovers series. They’re hilarious, light reads. Watch Over Me is not like them at all, aside from the fact that Sivec shows her ability to write a great book, yet again. Being the polar opposite of previous Sivec books, this novel packed an emotional punch with each new scene, and I may have underestimated it at first glance.

Some of the best things about this book were the well-developed characters, believable plot, and slow, non-forced romance. Addison is a broken young woman trying to get through each day. The way she is written makes the reader feel everything she feels, to sympathize with her, but also to realize when she’s being stupid. It’s all displayed and she doesn’t even deny that she has issues. It was great to see a character who wasn’t trying to hide, from the reader, behind a mask of anger or an act, to cover up what she was going through. It wasn’t at all hidden to build to a big reveal later in the book. This was also helpful in going through the story. She let’s us into each interaction, each milestone in her path to recovery.

I also liked how, while there’s a romance in this book, I didn’t see it coming for the first chunk of the book. And once Zander shows up, there’s no guarantee if he’ll be a permanent character or not. There’s no insta-love, there’s no predictable personality either. Zander is just Zander.

It’s all written in such an honest, no-nonsense way. I couldn’t help by to be drawn into the book. It gripped me early on and didn’t let me go…and still hasn’t. Seeing this type of serious writing from an author who (up until now) is normally trying to make the reader die laughing, gives me even more respect for what she writes. Some authors can write one type of book, and do so in great ways. Others can write many different types, but not really write an amazing book in any. Sivec has shown me her diversity in evoking the emotions of a reader, her diversity of genre, and an adaptive writing style.

Would you listen to Watch Over Me again? Why?

I would listen to this book again because of how the character had to deal with such a difficult time in her life.

What does Marieve Herington (for EEC International) bring to the story that you wouldn’t experience if you just read the book?

The emotions and weight of the issues in the book. I really felt connected to the characters and felt their pain and triumphs.

Who was the most memorable character of Watch Over Me and why?

Addison's decisions and pain is felt but also how she comforts her issues. I love how she beautifully deals with life even though she's hurting and healing, this story was very comforting and truly tell it came from the heart.

Listening to this book was like listening to news radio. Most of the time I wasn’t paying attention because it was so boring. More than halfway through, absolutely nothing of note has happened. This is the second time I’ve tried to listen to this book. The narrator isn’t horrible, but she just can’t make the telling of the story interesting.

This was a wonderful book!! I loved the emotions and thoughts that have run through me as I listened along. This made for an awesome first audible book!!

This story is so precious! ! I love anything Tara Sivec writes!! Definitely a must read/listen to!

No words can describe the feelings that I felt when I listened this audio book of Watch Over Me- Marieve Herington’s voice was so sensual- so understanding and so youthful.


Watch Over Me is a heartbreaking story of a young teenager that lost her mother during her prime teenage life, while dealing with death of her mother- her father turning into an alcoholic that didn’t give two cents about how Addison Snow feels. Grieving in his own way turning to the bottle, Addison didn’t know how to deal with the loss of her mother, attempting suicide because life couldn’t go on without the giddiness of her mother.


Addison has taken over the family bakery- her mother’s 2nd love, where she meets Zander Reinhardt. Something so familiar about him has her being drawn to him. She couldn’t place why she was so comfortable with Zander, second guessing if she was worthy of Zander’s love. She was broken. Both having secrets that neither want to share with each other, Addison wasn’t sure if he was ready for him to carry her grief, and Zander only wanted to love Addison without giving any more heartbreak to her. There are some twist and turns in the story, and you are left guessing through out wondering what Zander’s secret is. Even thou this is a sad story, you get the happy in the end.


Watch Over Me is very polar opposite of Tara’s writing, and you wonder if you could take this book and ever look at Tara the same- like two different people wrote these books. You will love it, you feel what Addison feels, you almost feel the story being more personal than what it was. As a young person losing her hero, her mother , it takes you on an emotional roller coaster that you may not know existed, and the narrator makes you feel like it’s happening in real life, that it’s a story that you once lived.