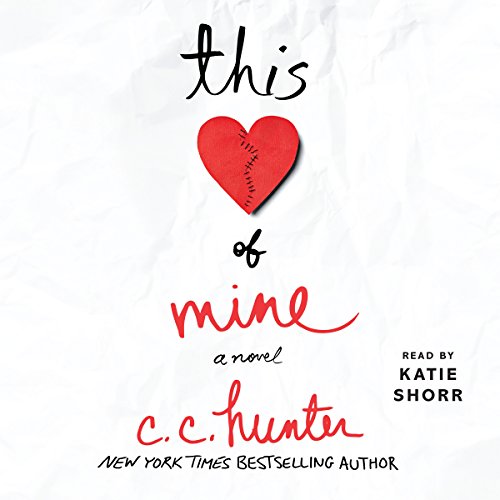 A new heart saved her life - but will it help her find out what really happened to its donor?

C. C. Hunter's This Heart of Mine is a haunting, poignant audiobook about living and dying, surviving grief, guilt, and heartache, while discovering love and hope in the midst of sadness.

Seventeen-year-old Leah MacKenzie is heartless. An artificial heart in a backpack is keeping her alive. However, this route offers her only a few years. And with her rare blood type, a transplant isn’t likely.

Living like you are dying isn’t all it’s cracked up to be. But when a heart becomes available, she’s given a second chance at life. Except Leah discovers who the donor was - a boy from her school - and they’re saying he killed himself. Plagued with dreams since the transplant, she realizes she may hold the clues to what really happened.

Matt refuses to believe his twin killed himself. When Leah seeks him out, he learns they are both having similar dreams, and he’s certain it means something. While unraveling the secrets of his brother’s final moments, Leah and Matt find each other and a love they are terrified to lose. But life and even new hearts don’t come with guarantees. Who knew living took more courage than dying?

What listeners say about This Heart of Mine

I loved every word of this book. Maybe it's the nurse in me or the mom in me, I don't know; I couldn't stop listening!

Katie Schorr as the narrator was amazing! This story is a bit of a change from my usual reads but I tried it because of her. I was moved! all the feels...happiness, sadness, anger, fright, love ... everything. Definitely worth the read!!!

I really enjoyed this book. It took me back to being 16 and in love for the first time.

Oh crap what a book!

Seriously made me laugh and cry with Leah! I can relate to a point with this character after being diagnosed with type one diabetes which like her my body attacked my pancreas and made it useless. What a wonderful story, I loved it!

I was glued to this book within the first few chapters and stayed glued until the end. The storyline was very good and kept me guessing until the end as to who the murderer was. Hunter’s description’s were very well done. The interjection of humor throughout the book was nice and had me laughing out loud.

I definitely would read other books by this author.

A girl with a bad heart gets a new one from a boy at school who dies under suspicious circumstances.

I liked Leah after she got the new heart. She became more assertive. It was sort of weird how she fell in love with the donor 's brother. There was a mystery and some laughs too.

Good read. I recommend this book.