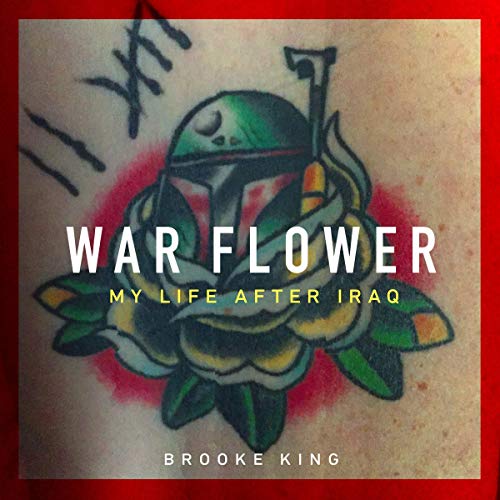 Brooke King has been asked over and over what it's like to be a woman in combat, but she knows her answer is not what the public wants to hear. The answers people seek lie in the graphic details of war - the sex, death, violence, and reality of it all as she experienced it.

In her riveting memoir War Flower, King breaks her silence and reveals the truth about her experience as a soldier in Iraq. Find out what happens when the sex turns into secret affairs, the violence is turned up to 11, and how King's feelings for a country she knew nothing about as a 19-year-old become more disturbing to her as a 30-year-old mother writing it all down before her memories fade into oblivion.

The story of a girl who went to war and returned home a woman, War Flower gathers the enduring remembrances of a soldier coming to grips with post-traumatic stress disorder. As King recalls her time in Iraq, she reflects on what violence does to a woman and how the psychic wounds of combat are unwittingly passed down from mother to children. War Flower is ultimately a profound meditation on what it means to have been a woman in a war zone and an unsettling expose on war and its lingering aftershocks. For veterans such as King, the toughest lesson of service is that in the mind, some wars never end - even after you come home.

What listeners say about War Flower

Christine Lakin is a great storyteller. Easy to listen to and has the ability to keep you drawn into the story.
The start of the book tells a gritty story of war but dips away toward the end.

Amazing listen! What a great story. I truly Cannot wait for the next book to come out!

I found the story’s perspective interesting and profound. Intriguing point of view from life in base camp, to patrols and civilian life. How different similar experiences are internalized by both sexes and cultures.