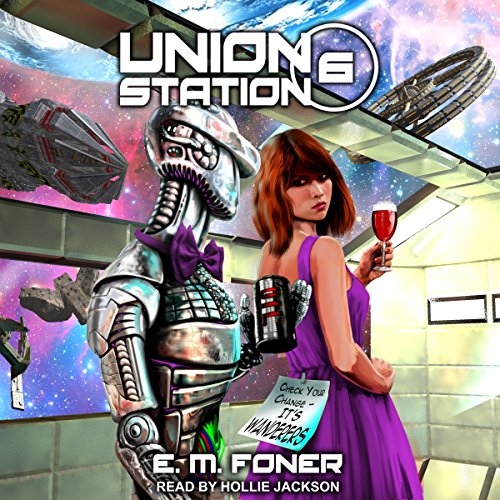 Three years have passed, and the children are growing like weeds as Aisha grows into a new career. A mob of alien party animals has settled near Union Station like a plague, but nobody seems willing to see them off. They bring word of a new wave of helpful artificial intelligence, but perhaps there's such a thing as too helpful?

What listeners say about Wanderers on Union Station

This one is wonderful as always. I wait eagerly for each new installment to be released. It is a treat that I look forward to for over a month, each time. When is book 7 coming out in Audible?