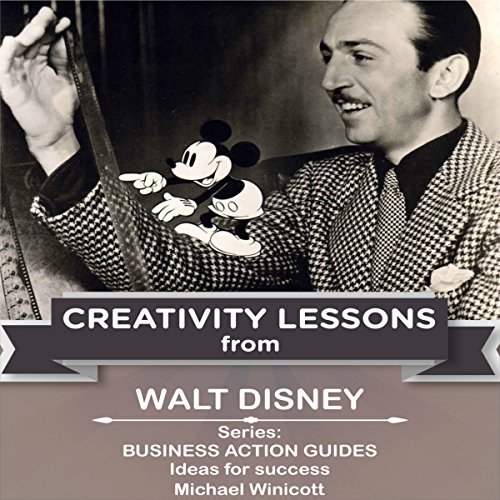 Discover the lessons from Walt Disney that can transform your business and your life! He was a visionary, a legend, and a folk hero of the 20th century who revolutionized the entertainment industry in a way that that nobody thought possible. He transformed animation into an art form and built a synergistic empire which combined television, music and theme parks. He was Walt Disney.

Walt Disney is an iconic figure in today's world. He is an inspiration for the young, and a lesson for the old. He has achieved those creative heights in the business of entertainment that only a few have been able to achieve in their lives. His story of life is worth learning from.

This is a book that promises to tell the story of Walt Disney from a new perspective: the lessons that he learned throughout his life. This book is designed to firstly guide you through the Walt Disney's life-changing situations and expose you to the highs and lows he encountered. Secondly it is meant to provide a deeper understanding of Disney's frame of mind and behavior that helped him to become a legend.