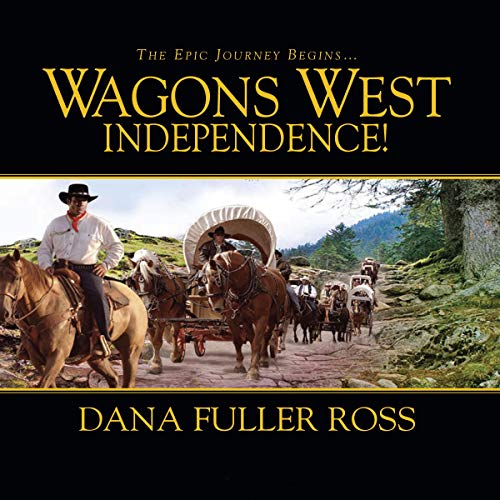 The year is 1837. The American West is untamed, uncivilized, and largely unclaimed. U.S. President Andrew Jackson, in a race with the British and Russians, sends a wagon train of would-be settlers into the uncharted Oregon territory, led by his close friend, mountain man and veteran Sam Brentwood. Teaming up with trail hand Whip Holt, widow Claudia Humphries, and a colorful group of courageous pioneers, Brentwood sets off from New York, heading westward to Independence, Missouri—the last outpost of civilization before the unknown and treacherous dangers of a new frontier.

Along the way, they will form unbreakable friendships, fight unforeseen enemies, and face unimaginable and often fatal odds. But in spite of the hardships and heartaches, the tragedies and triumphs, they will risk their lives to follow their dreams—and forge a nation’s destiny. This is their story.

I'm partial to wagon train stories so not sure I could give less than 5 stars. But the story held my father interest and the audio performance was Well done. Good enough for 5 stars from me! I'm sure I will listen to it again in the future.

I love the series and it is easy to listen to would love to see the companion books for Kindle. My mom originally got the books in paperback but was not able to complete the series so I am trying to do so through audible and hopefully soon kindle.