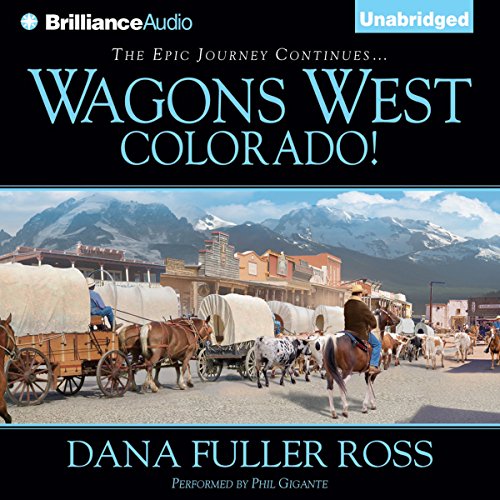 Some came for freedom; others, to build a new life. But in 1858, when gold is discovered in the Colorado region, thousands of desperate men and women descend on Denver like a hungry swarm. Homesteaders struggle to hold onto their claims, but none are immune to the effects of gold fever. Wagon train veteran Chet Harris risks his life to repeat the success he found in the California gold fields. Mineral expert Luke Brando masquerades as a banker, while his wife hides a yearning for riches of her own. And young Cathy Blake discovers just how far she’ll go to defeat a voluptuous rival. But the greatest challenge belongs to General Lee Burke, one of the original pioneers of the Oregon Trail. Under orders from U.S. President James Buchanan, he must gain the support of Colorado – with all its newfound wealth – to forge the fate of a nation.

But time is running out. Tensions between the North and the South are heating up. Soon every American will be called on to fight – for the greatest dream of all….

Captivating story of American history enhanced by characters whose lives unfold as the states are populated.

Quick moving and very interesting history. Has been very entertaining as we drive through Southwest.

Enjoyed every minute of it. As a Coloradan, learned more about our early history. Narrator makes it fun to hear.