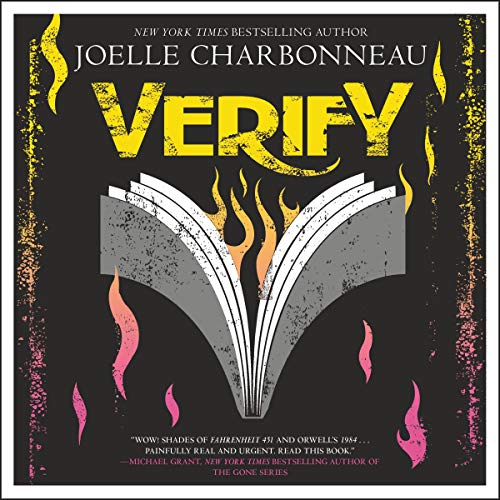 Meri Beckley lives in a world without lies. When she looks at the peaceful Chicago streets, she feels pride in the era of unprecedented hope and prosperity over which the governor presides.

But when Meri’s mother is killed, Meri suddenly has questions that no one else seems to be asking. And when she tries to uncover her mother’s state of mind in her last weeks, she finds herself drawn into a secret world with a history she didn’t know existed.

Suddenly, Meri is faced with a choice between accepting the “truth” or embracing a world the government doesn’t want anyone to see - a world where words have the power to change the course of a country and where the wrong ones can get Meri killed.

What listeners say about Verify

Potential for even better

The book is pretty good, a little over descriptive and felt like it was being padded out a bit and at times it lost my attention However the story is really interesting and together with it's characters has room to really develop into a compelling story. The fight section with Spine with the book was a little ridiculous. Overall, I really enjoyed the story and character's journey though and I will read the next book.

Caitlin Kelly demonstrated an impressive range of character voicings, and gave voice to the emotional arc of the protagonist. As for the story- both gripping and thought<provoking.

This book was fantastic. There are so many things that hit home and really makes you think. There is so much that we take for granted as being truth because that is what the news channels tell us. This book definitely makes me think again. Only problem with the book is that I need to wait for a sequel.