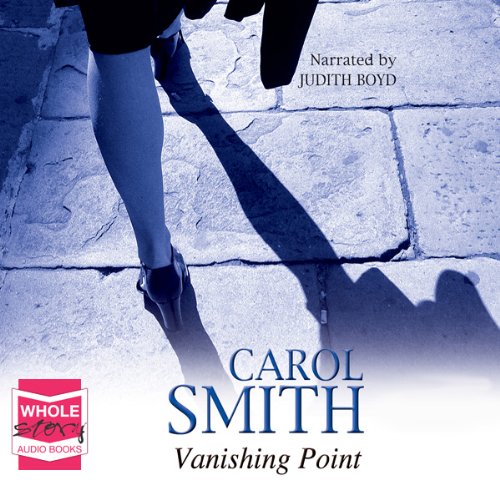 When Frankie sees the unforgettable face of her long-lost love in a passing train, she turns straight round and goes after him. For she, more than anyone, "knows" he is dead. She was there when it happened, attended the inquest, and later served a prison sentence for his manslaughter. Frankie, Cristina, Cassandra, Jenny, Pippa.... They are five women living quite separate lives - in Antwerp, Paris, Venice, Rio, Bath - except for one crucial fact. Each has devoted her life to the same duplicitous man. And when the circles begin to intersect, the only possible ending is murder.
Click here to see all the titles in our Whole Story Audio Books collection.
©2005 Carol Smith (P)2006 W F Howes Ltd

What listeners say about Vanishing Point

Despite the best attempts of the excellent narrator this novel is confusing and extemely dull. You are bounced around between the 'current' and the past with no indication of when. Combined with this confusion, the characters are for the most part unlikeable. I eventually gave up and this is the first (and only) audiobook that I have ever abandoned.