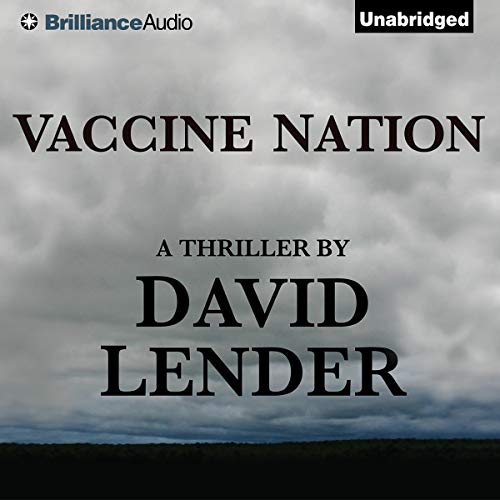 Dani North is a filmmaker who just won an award at the Tribeca Film Festival for her documentary, The Drugging of Our Children, a film critical of the pharmaceutical industry. When a pharmaceutical industry vaccine researcher hands her “smoking gun” evidence about the national vaccination program seconds before he’s murdered right in front of her, Dani finds herself implicated and pursued by the police.

Dani realizes what she’s been handed could have crucial implications on upcoming hearings by a Senate committee. She finds herself on the run in a race to understand and expose the evidence. That is, before the police can grab her, or Grover Madsen, a megalomaniacal pharmaceutical industry CEO, can have her hunted down by his hired killers.

What listeners say about Vaccine Nation

Straight from the lifetime channel

What would have made Vaccine Nation better?

What was most disappointing about David Lender’s story?

It was difficult for me to listen to the main character's relationship issues, I was expecting an action novel.

The performance was ok...

This book wasn't for me, but that does not mean others won't enjoy it.