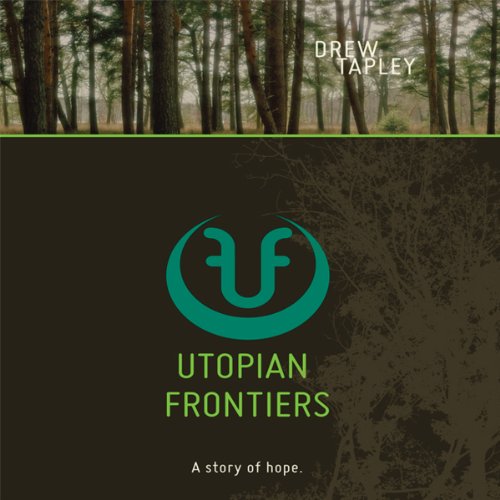 By: Drew Tapley
Narrated by: John Philip Roach
Try for £0.00

What if there was a secret city at work on finding answers to the survival of humanity? Technologies beyond your imagination. A city expanding, recruiting, and evolving. There is no government, no money, no bosses, institutions, cars, or roads; and age takes on new meaning. This "facity" is one big research product in and of itself, and nothing else quite like it exists on this Earth.

This is the city that Erwin Sharp and his family are drawn into on the fringes of a national park. They fall headfirst down the rabbit hole into a world of space probes, cancer cures, and a core myth that defies belief. They soon realize that some doors are only meant to swing one way. This is a parable of trust and hope - a flashing beacon of hope in a world hell-bent on destroying itself. It is ultimately a story of ambition, of owning up to life, showing up and trading up. In a story that is as controversial as it is reassuring, sometimes it is possible to find something you always hoped existed, and in finding it, you confront our own truth as much as that of the world you live in.

What is inside the mysterious Hall 8, and what does that have to do with Erwin? And how is water the mechanism of peace or destruction? Thick with adventure, revelations and twists, this story shows how what we accept is only that which we've been conditioned to accept, and why an ancient Mayan prophesy doesn’t actually mean what you think.

What listeners say about Utopian Frontiers

Winston Churchill said a fanatic is someone who can't change their mind and won't change the subject. For 3/4 of this audiobook, the author simply delivers a nonstop, uninformed diatribe of nearly everything wrong with the world today, like a marathon weekend of PBS' Frontline shows produced at the level of Sesame Street. Money, capitalism, public education, industrial pollution, climate change, sources of fresh water, agriculture, energy production, democracy, laws, etc. are all indicted as co-conspirators in the destruction of the planet. The "facity" (a supposedly clever construction between "facility" and "city") with 100,000 dedicated souls, has been conducting "research" for the past 30 years trying to save the planet.

The contradictions are so numerous as to simply become ridiculous and tiresome. Somehow, this group of unknowns has convinced governments, corporations, and billionaires (all with a vested interest in the status quo) to bankroll this operation to the tune of $1 Trillion (this would be >1% of the entire planet's GDP) to solve all the world's problems, but the solutions, for unknown reasons, must remain secret. That's $10M per person for a society without currency. There's no compulsory education for children which somehow allows a 9 year old to develop a cancer treatment and an 11 year old to invent a lithium based, non-polluting, CO2-less energy system. And stem cell technology can regrow limbs. Nevertheless, with all these wonders, their corporate backers are still happy to just sit on the sidelines. They claim no pollution, but somehow they can still manage to obtain and utilize satellites in space and nanotech monitoring equipment (presumably made with pollution elsewhere). All this fantastic research is also possible in spite of each member having to grow their own food (this is supposed to be sustainable farming), build their own home, and spend 1 - 3 months a year in silent meditation (fortunately parents don't need to worry if their kids are in school, since there isn't one). Crime is absent because without money and any type of laws, no one has an incentive to do anything wrong (no mention what has happened to crimes of passion). Nothing gets done unless everyone agrees which needs a fancy and enteratining lasershow to determine. Oh, and best of all, zero gravity treats cancer which provides the means for the group to engage a billionaire who happens to be dying to their side by offering him a room on their satellite in orbit. Also thrown in is the notion that ancient civilizations managed space exploration with the suggestion that they might have another answer for saving the planet, which justifies their space program.

The limited attempts to build any sort of dramatic tension are pathetic, mostly comical, and go nowhere. There is no plot, other than the mindless, nonsensical ramblings of an aging, stoned, former flower child still pining for a repeat of Woodstock to save the world. The narration is minimally adequate with a limited range resulting in every character sounding like they are reading their scripted dialogue. The children are the most annoying because without school and formal education each kid manages to speak like a boring college professor.

I eventually gave up and just stopped listening. Terrible narration, terrible dialog. The description on audible was better than the actual book.