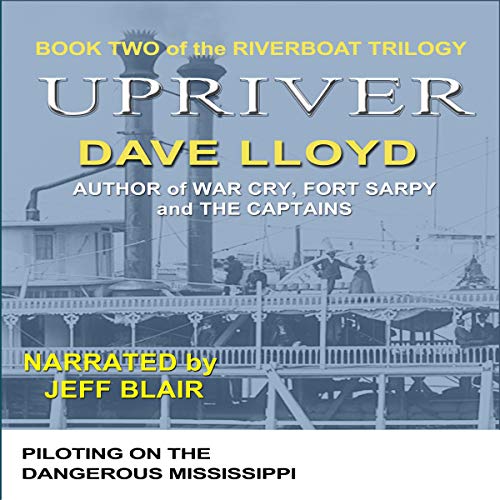 Book two of Lloyd's Riverboat trilogy. This novel can be enjoyed as a stand-alone audiobook or as part of the series.

Caleb Shaw comes out of the mountains and becomes a riverboat man, working the steamboats on the treacherous Missouri and the mighty Mississippi.

It tells the story of Lucian Lambeau, his fat French sidekick, Bulgann, the Russian bosun, and Storm, the little Indian girl rescued by Caleb from the river after a tornado hits an Indian camp.

The shanty Irish of St. Louis are depicted, with their bitter gang rivalries.

Upriver also introduces the listener to Harvey Allen, the pilot apprentice to Anson LaFarge, the captain of the Western Star, the swiftest boat on the river. Allen later becomes a central character in the final book of the series: The Captains.