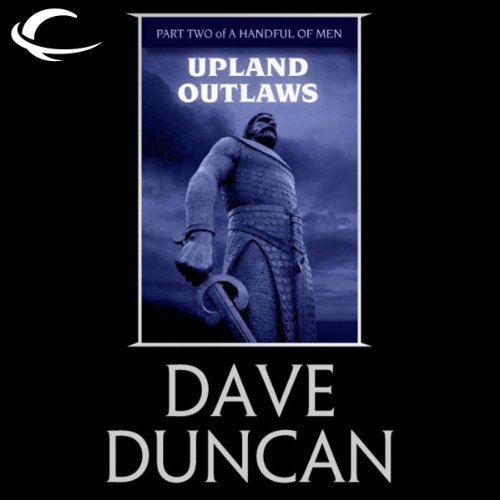 Part Two of A Handful of Men
By: Dave Duncan
Narrated by: Mil Nicholson
Series: A Handful of Men, Book 2
Length: 11 hrs and 35 mins
Categories: Sci-Fi & Fantasy, Contemporary Fantasy
4.5 out of 5 stars 4.5 (2 ratings)

The old Imperor was dead at last. His popular soldier grandson, known as Shandie, had succeeded him... Hadn't he? No, he hadn't. The man who sat the opal throne was not Shandie, but an illusion created by the mad dwarf, Xinixo. Year after year he had stealthily been enchanting sorcerers, turning them into loyal minions. Now, wielding their combined power, he was irresistible. He ruled the Impire, so he ruled the world. He would continue to rule it for centuries. Anyone who knew the truth or opposed him in any way, he would destroy or enslave. That especially included his old enemy, King Rap of Krasnegar. And Shandie, the rightful Imperor, of course. And all their supporters, their friends, their families. All of them! First he had to catch them. With his infinite magic, that ought to be easy. Rap and Shandie had other ideas, but even they could see that, their cause looked hopeless.

What was one of the most memorable moments of Upland Outlaws?

While "A Man of His Word" was good, this continuation is even better.