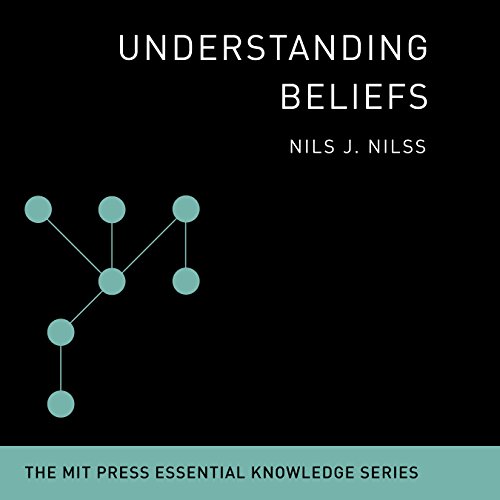 Our beliefs constitute a large part of our knowledge of the world. We have beliefs about objects, about culture, about the past, and about the future. We have beliefs about other people, and we believe that they have beliefs as well. We use beliefs to predict, to explain, to create, to console, to entertain. Some of our beliefs we call theories, and we are extraordinarily creative at constructing them. Theories of quantum mechanics, evolution, and relativity are examples. But so are theories about astrology, alien abduction, guardian angels, and reincarnation. All are products (with varying degrees of credibility) of fertile minds trying to find explanations for observed phenomena.

In this book, Nils Nilsson examines beliefs: what they do for us, how we come to hold them, and how to evaluate them. We should evaluate our beliefs carefully, Nilsson points out, because they influence so many of our actions and decisions. Some of our beliefs are more strongly held than others, but all should be considered tentative and changeable. Nilsson shows that beliefs can be quantified by probability, and he describes networks of beliefs in which the probabilities of some beliefs affect the probabilities of others. He argues that we can evaluate our beliefs by adapting some of the practices of the scientific method and by consulting expert opinion. And he warns us about "belief traps" - holding on to beliefs that wouldn't survive critical evaluation. The best way to escape belief traps, he writes, is to expose our beliefs to the reasoned criticism of others.

What listeners say about Understanding Beliefs

To give "Five Star" to this book is a belief.

This review itself is a belief. Most beliefs have half life. They change when new data is uncovered. This book is a study of beliefs. How they are born, how they are shaped and how they die. Beliefs act as maps for our actions in the world. To evaluate usefulness of a belief, "slow thinking" is required. This book itself is an exercise in "Slow or Evaluative Thinking". I have habit of jumping into conclusions and to accept beliefs without evaluating them. Therefore this book appealed to me. I purchased it after several time hearing sample audio, then checking credentials of author on Google. I am satisfied with this book. The narrator's voice excellently suits the serious subject of the book. I intend to put some principles of this book in examining next advice or belief which I may hear. Thank You to Author, Narrator and Audible.

An excellent introduction to epistemology.

A good introductory book for those who are perplexed by the differences between various forms of belief and knowledge.