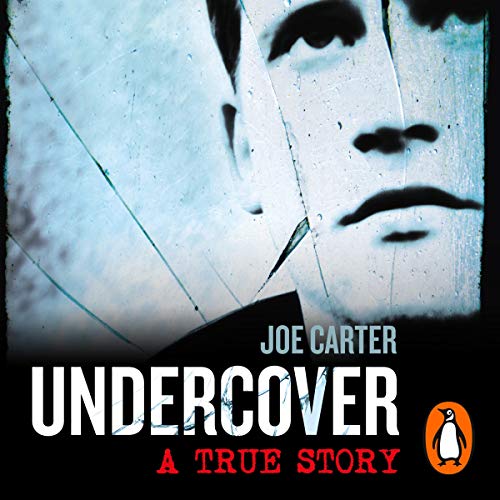 By: Joe Carter
Narrated by: Simon Paisley Day
Try for £0.00

Twenty years undercover - one man's true story of life as an undercover cop. A must-listen for fans of Donnie Brasco.

For over 20 years, Joe Carter has worked for the police as an undercover cop. He travelled the globe on different passports. He fraternised with thieves and international drugs and arms dealers. He worked alongside the most dangerous criminals. Always fearing that this life would come crashing down around him at any point.

His story is a gripping account of the secret, solitary work of an undercover officer and the many sticky situations he found himself in as well as the moving confession of the difficulty in reconciling his two identities with his family life. It's a story of his beginnings, from being a young East End apprentice to the mean streets he walks today, and reveals the many highs and the painful lows of going undercover.

This audiobook explores the resilience needed to lead a double life, the thrilling challenge of working with the biggest criminals in Britain and how Carter maintains a sense of justice through the many adventures he encounters.

What listeners say about Undercover

Monotone narration, didn't have you gripped, it was ok but dull. Thankfully it was only 8 hours of listening.

I enjoyed the idea of what this hero had to say. I liked getting to know Joe and hearing about his encounters. Unfortunately, I felt it dragged in too many areas.

very interesting, but not detailed

a very interesting story, but doesn't go into much detail of the operations. good overall

Brilliant listen. enjoyed the adrenaline filled story. Hats off to the UCOs that risk their life to put dangerous people behind bars!

shame it ended. I hope there is a follow on book. will definitely get it.

A bit of a trial

I persevered with this one in the hope it would improve, but it never really did. I actually enjoyed learning more about the early days in the career of this officer rather than the epically drawn out tale of working undercover with ‘Ray’ and his acquaintances.

There were minor irritations throughout that just built as the book went on. Like a snowball that eventually builds and builds and demolishes your house. What with Louis Vuitton bags and Henri Lloyd jackets and Acquascutum scarves and Hugo Boss suits and let’s not forget the Porsche Carrera Turbo... yawn. Enough already! I don’t give a monkey’s chuff about all of that, just tell the story!

The story itself was long and ultimately disappointing. Getting through it was a bit of a trial and I’m relieved it’s over.

The narrator was okay. Just okay. But when he put on a Manchester accent and pronounced ‘mither’ like it rhymes with ‘wither’, well, I was done. I won’t be rushing to recommend this to anyone.

Great listen amazing insight to under cover operations in UK policing. Would of loved to know timeliness of a lot of chapters, as I was trying to guess what year we was at through out.. Would relisten no problem

Without a doubt, the best audio book I have ever listened to. Has everything, intrigue, suspense and it’s a true story - bravo!

a bit disjointed but great

If slow moving low level crime is you're thing then you will probably enjoy this book. very little operational detail and just boring.