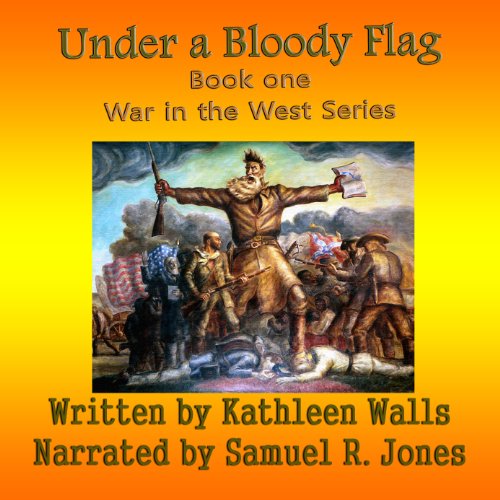 Under a Bloody Flag

Under a Bloody Flag

In Kansas and Missouri, the War Between the States started long before Fort Sumter. Daniel Fitzgerald, a Southerner who tries to settle in Kansas and leave behind his tormented Louisiana roots, soon finds that in Kansas Territory, you have to take sides or die.

Taking sides doesn't lessen the chances of a violent death, it just determines who is going to try and kill you. For Massachusetts-born Rebecca Styles, who comes to Kansas to insure freedom for slaves, the choice is easy. Or is it? When she meets Daniel, she is forced to take a new look at all the ideas she took for granted, such as all Southerners are evil and all abolitionists are good.

Daniel's half-brother and former slave, Andre, knows his first loyalty belongs to his friends and family, not a lofty ideal, but he can't sit by and do nothing when injustice stares him in the face. Throw into the mix all the larger-than-life characters who played a part in the sectional violence which led the nation into its bloodiest war and you have a novel with all the drama of the era.

What listeners say about Under a Bloody Flag