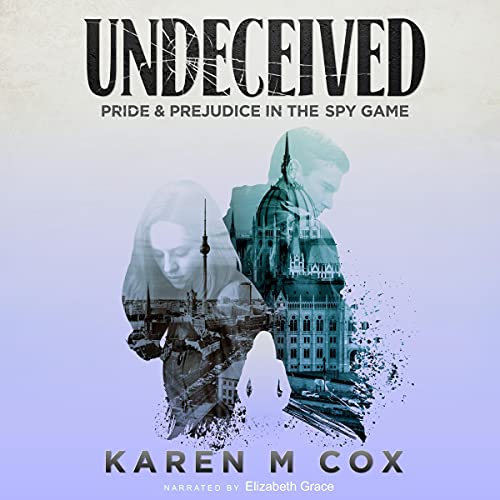 "...if I endeavor to undeceive people as to the rest of his conduct, who will believe me?" (Pride and Prejudice, Chapter 40)

Elizabeth Bennet, a rookie counterintelligence officer, lands an intriguing first assignment - investigating the CIA's legendary William Darcy, who is suspected of being a double agent. Darcy's charmed existence seems at an end as he fights for his career and struggles against his love for the young woman he doesn't know is watching his every move. Elizabeth's confidence dissolves as nothing is like she planned - and the more she discovers about Darcy, the more she finds herself in an ever-tightening web of danger.

What listeners say about Undeceived

Quite a different type of P&P variation, but very enjoyable in keeping with the essence of Elizabeth and Darcy. More would be welcome from the author and narrator (great voice).

Elizabeth Grace is a gifted storyteller, a natural mimic, and master of accents

One of the most intriguing alternative-era JAFF stories... engaging, smart, and sexy. Author Karen M Cox is a favorite of mine and this novel is proof of why! I loved this book in print, but I think I love it even more in audiobook! Elizabeth Grace is a gifted storyteller, a natural mimic, and master of accents. Easy to recommend this to Austenesque fans but also those who enjoy a little romantic intrigue.