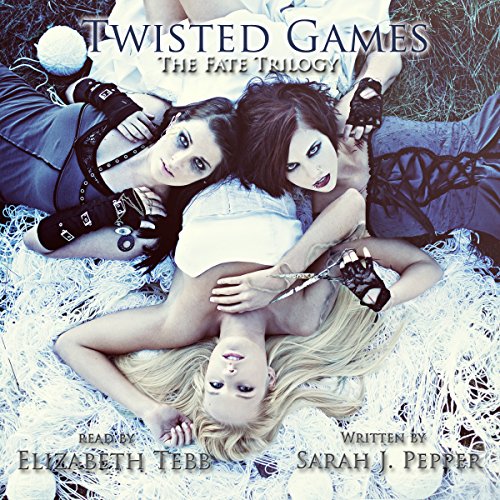 By: Sarah J. Pepper
Narrated by: Elizabeth Tebb
Try for £0.00

His lips - oh, Jace's lips beckoned me in ways that shouldn't have been possible. I lost any ability to think logically when I fantasized about his savory kiss. My world was crumbling, my sisters were hunted, my death was inevitable; but, when his lips met mine, that collision overshadowed all else.

For years, deities searched for the Fate Sisters, but they weren't alone in the pursuit. Their biggest rivals, the Hunters, sought the sisters as well. It was a sick, demented race of who could find them first...and then kill them. Gwyneth trusted no one, not even her beloved, Jace. For if he knew what she had planned, he'd be her greatest enemy.

What listeners say about Twisted Games