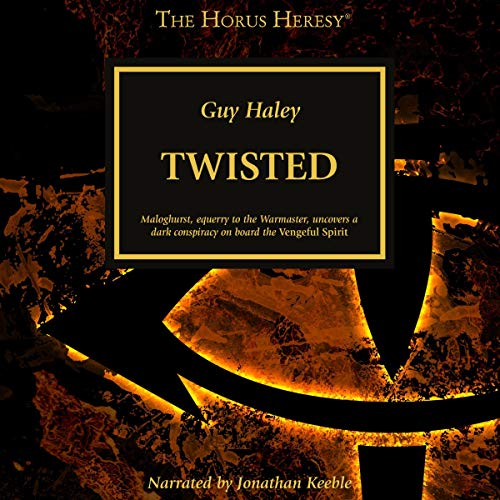 Since he was crippled by rebel treachery on Sixty-Three Nineteen, Maloghurst the Twisted has continued to serve Warmaster Horus as his closest aide and confidant.

His loyalty has remained constant, but the XVI Legion has changed. Rivalry and personal ambition run rife, and although Horus' authority is supreme, his equerry's is certainly not. When a daemonic plot to infest the Vengeful Spirit comes to light, Maloghurst reluctantly turns to the few allies he has left: the mysterious Davinites.