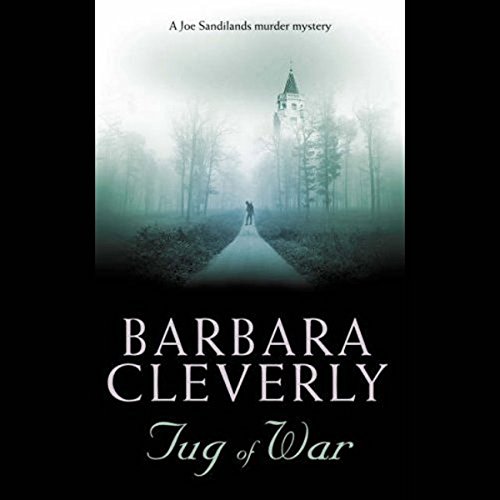 By: Barbara Cleverly
Narrated by: Terry Wale
Try for £0.00

Joe Sandilands has been dispatched to France to stay as the guest of a glamorous French war-widow who is determined that Joe should support her claim that a mysterious shell-shocked soldier is her husband. The problem is that four other claimants have identified him differently. Joe decides to investigate the four claimants and picks his way through a tangle of lies, deceit, and manipulation, uncovering a cleverly concealed murder committed during the war years. When he finally discovers the identity of the soldier, he faces an even greater dilemma: he must not only solve a killing in the past, but avert a tragedy in the future.
©2006 Barbara Cleverly (P)2007 Soundings
Mystery, Thriller & Suspense Mystery
Show More Show Less

What listeners say about Tug of War

This is a very good story completely spoilt by this narrator , he is unable to speak more than ten words continuously due to breathlessness and then after great intakes of breath we are treated to glottal swallowing of mouthfuls of saliva .

Tug of War is an entertaining period piece filled with clearly drawn characters and following an enjoyably mysterious plot. The reader is very good.

I listen to Cleverly's Sandilands mysteries for light listens as I go about my chores -Most contain pretty mundane mysteries but with bits of setting and history interest for fans of historical fiction, without the heavy violence of some of the genre. When Cleverly tries to direct her hero into romance, the results can be laughable (must have taken dialogue lessons form Ken Follet). Tug of War avoids the romance and, through memory and mystery, explores bits of the human and darker sides of WWI (like Jacqueline Winspear). She gets more respect as an author from me after this one.

A great WWI tale, but not a true mystery story

If you have been reading this series, you know how wonderful it is. But this is not a mystery. It is a story of WWI and the lives it changed. It is very very good. But for those, like me, that have fallen in love with this mystery series, you may be disappointed.