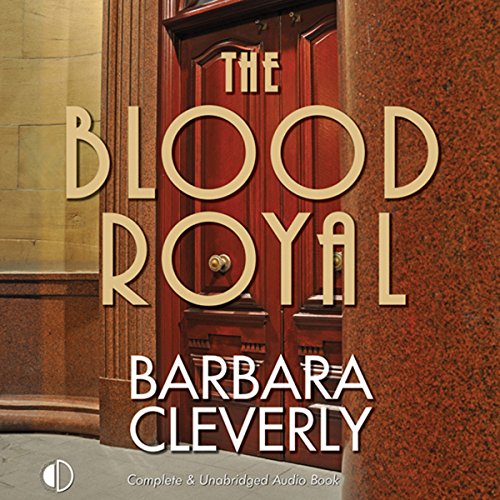 By: Barbara Cleverly
Narrated by: Andrew Wincott
Try for £0.00

1922: Commander Joe Sandilands returns from a stint in India and immediately finds himself up to his neck in a tricky political situation. London is reeling from IRA atrocities and Joe is further plagued by the machinations of a spy ring being run under his nose by a Russian émigrée princess. When a war hero is gunned down and the life of a popular Englishman is threatened, Joe knows he has only days to root out the person behind the killings.

With the help of the proposed victim and the services of a woman police constable, Joe discovers that the murderer’s motive is more devious than he could ever have imagined. And when the mask comes off, the killer’s identity shocks even the battle-hardened Sandilands.

What listeners say about The Blood Royal

I'm a huge fan of the Joe Sandilands books, and have bought every offering in the series. The previous narrator (Terry Wale?) was excellent. The new narrator (Andrew Wincott) was, for me, a disaster. If I could give him less than one star, I would. I found his lack of understanding of the major characters infuriating, and his overall tone so offensive that I gave up on the audiobook after the first three or four chapters, something I rarely do.

I then read the book on my Kindle, and enjoyed it greatly. Though I'm angry that I had to pay for it twice, and I certainly won't be buying any future audiobooks in the series if they're narrated by Andrew Wincott, I couldn't recommend the books themselves more highly.

What did you love best about The Blood Royal?

I loved all the books in this series, the ones taking place in India most. But this one (playing in London) is the best so far. Great story and very good narrator.

What other book might you compare The Blood Royal to and why?

He sounded the way I invision Sandilands would sound.

No, but I could not stop listening.

I hope the next one comes out soon.