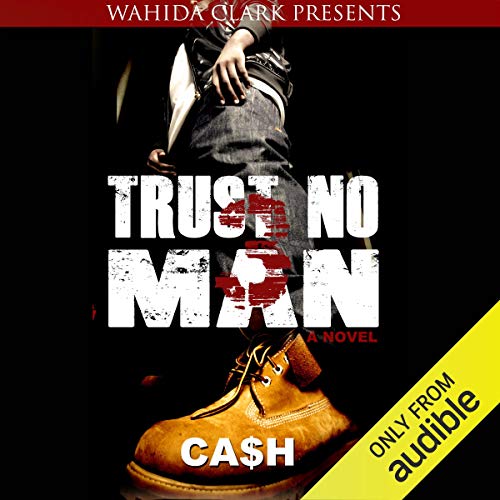 Trust No Man 3 begins after his father was executed and Lil T vowed to seek revenge against every individual who played a part in Youngblood's downfall. Anybody who's testimonies helped convict Youngblood and send him to death row was sure to catch hell on Earth. Following in his father's footsteps, Lil T dons the name Trouble, and his name holds the true weight of its meaning. The time has arrived when Lil T is all grown up and filled with bitterness. He's dead-set on avenging his father s death. The ATL is about to feel his pain! By his side like a trustworthy glock is his beautiful but deadly ride or die shawdy Kamora. Together they cannot be denied. Only one thing can break their bond as they rob, murder, extort, and inflict vengeance.

What listeners say about Trust No Man 3

this was the best hood story!

I've been listening to alot of these hod book and this one by far had been the most o point, grotty, hood shit book I heard. The author did his thang. Write more like this cause what ppl fail to realize is that some really live this life. So it's a trip to read or hear it.

The story was ok... books 1 and 2 are better. however this book went totally dark. I didn't expect it. This is a better series for a man... I don't care to read dark books...

Great read from the beginning to the end! Bring on the next one ASAP! Thanks

Hope there will be more books to this series.

What made the experience of listening to Trust No Man 3 the most enjoyable?

If you have listened to the other 2 books. The story line was kept on point. I was afraid that this book would be the same ole, same ole story. But it had a few twist and turns and kept me into it from beginning to end.

What other book might you compare Trust No Man 3 to and why?

Animal. Had the "Animal" vibe to it.

I liked that all 3 books were linked and kept me interested through all 3.

The endings to both books 2 and 3 moved me. Very good endings!

Worth the credits. Hope there's a book 4.

You will never want to put this book down

this is the best audio book that I have ever listened to. It has a great deal of suspense which keeps you on the edge of your seat. I love the setting and the theme. I know a lot of people who grew up like this and it is a book that is based on the" God honest truth". I am not going to lie I felt like I was living this story. I cried so many times. This is a must read for anyone who had been living a fast life or who needs a great story.

not as good as the first 2 but I still enjoyed the listen. The narrator was good

Loved the series of this book! I guess I wasn’t expecting it to end that way, but it was amazing!

The first two books were way better! The ending of this book made sense but the story line wasn’t good. I thought we would get more details about Juanita and her son. The whole story was just plain horrible!

Cash the series was on point! Funny and heart breaking. Father like son! I hate Trouble went out like that but he kept it real.

No good. I did not like the characters, and story.