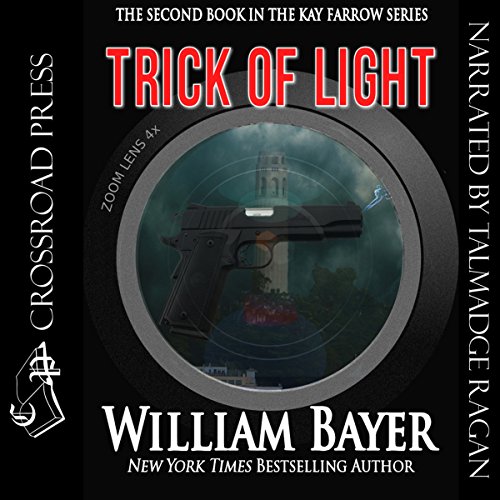 A shocking and provocative new thriller from the author of the national best seller The Magician's Tale. Kay Farrow, a color-blind photographer who sees the world in black, white, and shades of gray, probes the mysterious death of her beloved mentor on a quest that takes her to the darkest intersections of San Francisco's Mission District.

When distinguished photojournalist Maddy Yamada is struck by a motorcyclist at two in the morning in a seedy area far from her Marina apartment, Kay Farrow's grief is tempered by suspicion. What could have drawn the reclusive Maddy so far from home at such an hour? Kay believes Maddy's work in progress - blurry, abstract images uncharacteristic of a woman famous for her unsparing clarity of vision - holds elusive clues, clues Kay is determined to decipher.

Tracing old photographs and undeveloped film discovered in one of Maddy's cameras, Kay begins to bring into focus Maddy's activities at the time of her death. The territory Kay must cover runs from the back alleys of the Mission to the elite enclaves of Pacific Heights and beyond, to a very private shooting preserve miles north of the city. Lurking in her path is a netherworld of decadence and evil - and evidence that Maddy's death was no accident.

Kay doggedly pursues a winding path to justice, negotiating a labyrinth of debauchery and dark desires.

New York Times best-selling author William Bayer has written numerous crime novels. His books have won several prizes, including the "best novel" Edgar, have been published in 15 foreign languages, and his Janek series novels have been made into seven television movies all broadcast on CBS. He and his wife, cookbook author Paula Wolfert, lived in the Sonoma Valley in Northern California.

"Eerie as a midnight walk in the fog." ( The New York Times Book Review on David Hunt's The Magician's Tale)
"Hunt mesmerizes with his sleight of hand." ( People)

What listeners say about Trick of Light