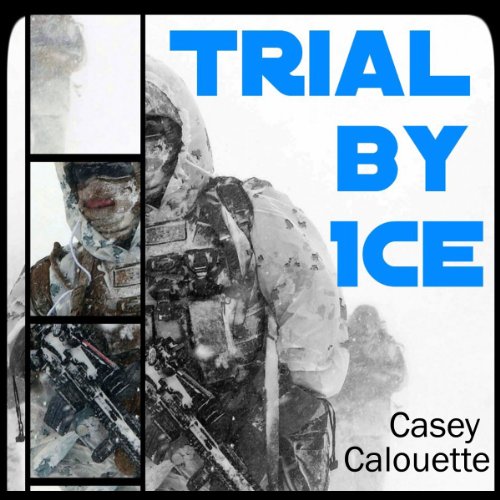 By: Casey Calouette
Narrated by: Liam Owen
Try for £0.00

In the 22nd Century colonies spread out to the stars, hidden by a secretive industrialist. 80 years later the locations are revealed, one at a time, once a year.

Midshipman William Grace, sole survivor of the genocide on the colony Farshore, is shipwrecked and stranded with a handful of surviving marines and soldiers. The good news, they're alive. The bad news is that they face the frigid climate, betrayal, a harrowing ocean crossing, terror drones, and a mercenary force intent on holding the planet. But simply escaping isn't enough; they must complete the mission and warn Earth of a coming invasion. The United Colonies are fracturing and this is the opening shots of a galactic civil war.

The first in the military science fiction series, A Star Too Far.

What listeners say about Trial by Ice