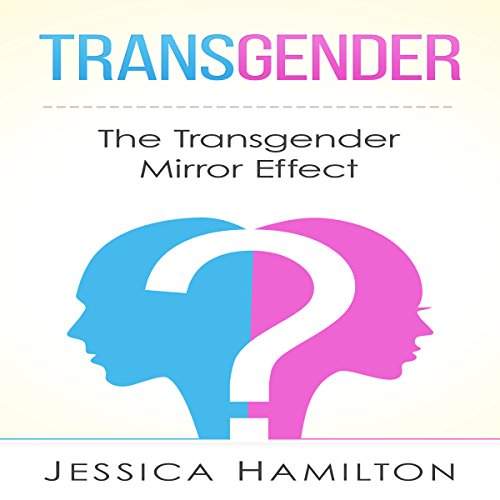 In a world that suffers from intolerance and discrimination, every bit of information about being transgender is valuable for transgender people themselves, their families, their friends, and the general public.

Being transgender is a reality that is slowly, but surely, being understood. Out of the many biological and psychological theories that attempts to explain it, the mirror effect provides some of the best clues. Through this effect and the other available theories, misconceptions can be debunked, errors can be corrected, and most importantly, true understanding can be achieved.

The term "transgender" may be relatively young, but gender dysphoria may have existed since ancient times. Only in more recent years has being transgender been identified, studied, and most importantly, labeled. Words are powerful and they create an anchor in which transgender people can either define or refuse to define themselves.

By listening to Transgender: The Mirror Effect you will learn:

Transgender people fight an uphill battle in a world that may not yet be fully ready for their acceptance. However, with information available, like this audiobook, the battle may prove to be victorious both for those who are transgender - through acceptance - and those who are not - through understanding.

Act now, download this audiobook! Then you can immediately begin listening to Transgender: The Transgender Mirror Effect.

What listeners say about Transgender

This book uses incorrect terminology and references transgender people as "transgenders" which is derogatory and it would be like referring to people who identify gay as "the gays" which I can't see anyone doing. This, to me, shows that the author does not respect those who identify as transgender or at the very least is outdated in their views and information.
I was hoping to listen to this book as a way to find a good recourse for those finding their own gender identity or those who wish to help educate people close to them. Sadly I feel that this would only encourage more ignorance around what it means to be transgender and would only cause more hurt to an already oppressed community.

There is nothing Male about Trans Women and I as an Trans Woman was upset hearing you refer Trans Women with (he Him or His Pronouns) We were Asigned Male at birth by a Dr. into which our parent and the rest of the World went with. We were Never Male. So to describe us as Men living as or dressing like is indeed incorrect teaching....Other then that your book is well put together.

Terrible coverage of an important topic

This is an overly simplistic and potentially harmful book about a very complex subject. Although I dont think the author intended it, the whole mirroring concept comes across as if Transgender people have "learned" behaviors that have caused them to be transgender. If the purpose of discussing "mirroring" is to try to explain how one could become dysphoric, the intention is not clear and could be easily misconstrued and therefore not helpful in bringing to light how transgender people are simply born this way.

the presentation is flat. the book speaks in absolutes and while it seems to try to discuss transgender issues it fails to treat them as people. it states a number of research avenues and their speculative results as hard fact and the name sake mirroring can be debunked by observing ANYONES upbringing. this book will cause more harm than it will enable understanding.