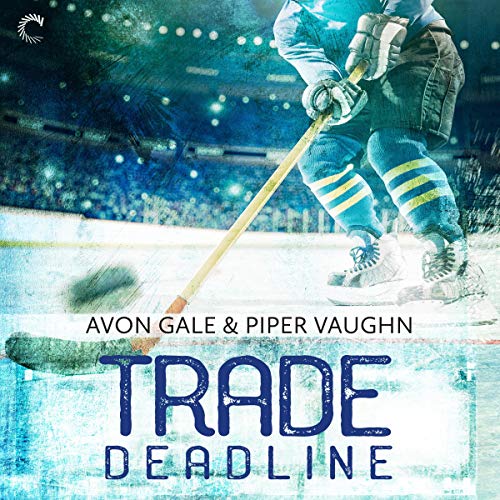 By: Avon Gale,Piper Vaughn
Narrated by: Kirt Graves
Try for £0.00

It’s a reunion to remember....

Daniel “Bellzie” Bellamy should be on top of the world - a Stanley Cup is the perfect topper to his 14-year NHL career. But despite the post-win high, something’s missing. When the chance to play for his hometown team, the Miami Thunder, comes along, he’s open to it. And when he runs into an old friend from his past soon after he makes the move, he wonders if it might be kismet.

Micah Kelly never thought he’d see his childhood crush - and first kiss - again. Danny Bellamy moved on to bigger and better things when they were teenagers, and the idea that Micah’s relationship with the professional hockey player could be anything more than one-sided Instagram thirst seems too good to be true.

Maybe too good to be true is the new reality, though. As the season goes on, Micah teaches Daniel to surf, and Daniel introduces Micah to his lovable pack of rescue dogs and the world of being a hockey boyfriend. Life is good. But when things on the ice don’t go as planned, they’ll have to decide if their rediscovered romance is built to last.

What listeners say about Trade Deadline

I love how we got to know more characters whilst still revisiting the others from previous books.
The character development got me hooked after 2 chapters and by the end had me in tears that it was finished.

I have enjoyed all the books in the Hat Trick series. Hockey boys in love is always fun.
This one is great because it is low/no angst -- primarily because the characters talk to each other about their concerns and feelings -- adult communication skills ftw!
Kirt Graves narration is excellent as always.

I really wanted to like this story, but it was excruciating to try and get through it. The coupling seemed so forced. I really don't like giving bad reviews on books from a series that I've enjoyed reading up to this point.
I'll be returning this book for my credit back.

A really sweet second chance romance with first love. Facing the tail end of his pro hockey career, Bellamy upends his whole life to return home and turn around a flailing team. Of course it never quite happens the way you plan. The team is a total disaster. But life, life is another story. Back in his home town near his parents with his ex and kids making the move too, life outside of hockey. Throw in reconnecting with your first crush who you haven’t seen since age 15, and tough professional choices become easier. The support from the family they choose is even sweeter. Some short-lived low angst moments and a few funny twists keep this light romance fun.

I was really excited for this story. I loved Daniel and Micah. I thought the storyline was perfect. There were just some chapters that the chemistry sort of fell off for me. I don’t know if it was because Daniel and his ex stayed so close. It was strange but didn’t ruin the book for me

It just doesn’t get any better than this book! I love this series and this one may be my favorite. Daniel and Micah are so right together! It’s full of so much love and caring and mixed with a little humor. The narration was excellent as well. I hope we see Trevor in the next book!