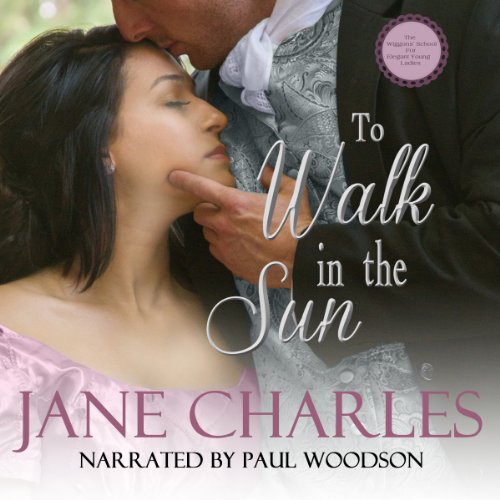 To Walk in the Sun

To Walk in the Sun

Hiding from a dangerous man, Tess Crawford thought The Wiggons' School for Elegant Young Ladies would be the perfect place to disappear. Or it would be if the local villagers weren't on edge because of the vampire in their midst, at least they think he's a vampire. The fascination with the reclusive viscount disrupts the girls' studies and Tess fights an unending battle to convince her students that monsters do not exist.

Vincent Latimer, Viscount Atwood, is not a vampire, no matter what the villagers believe. He wishes the book, Wake Not the Dead, had never been written. There is a very good reason he visits his wife's grave at night, and it has nothing to do with trying to raise her from the dead.

When a storm thrusts Tess into Vincent's path and destroys the school, both of their pasts collide.

I find so much fun and enjoyable while listening the story. The storyline is so brilliant full of misconception about what vampire suppose to be which makes the story so hilarious. This is kind of regency romance I find so charming, for the lead characters with painful background has been drawn together under the awkward circumstances. My first with the author and the narrator as well, they worth TWO thumbs up from me.

Setting: England, early 1800s
Genre: Romantic suspense
Narration was so bad I had to get it on Kindle to finish the book. He made the hero sound like a weenie, and it was too melodramatic. It sounded like there was an exclamation point every other sentence (which there was not in the ebook). My sister pointed out that maybe my problems with narrators could be because the directors are bad. I don't know. Maybe I should pay attention to who's in charge.
I listened to Surrender by Amanda Quick just prior to this. Don't do that. Surrender was published in 1990, this one in 2011, but... The plot of this was so much like the AQ, she should have been credited. Same bluestocking type heroine hiding from a violent past, same wounded war hero male protagonist with an evil guy in his background. Same time period. There is a different villain you know up front, having different motives, though he suffers the same end as AQ's. Different secondary characters, of which there were many. Are there enough differences to keep AQ from slapping Ms Charles up side the head? I don't think so. There was a secondary plot involving the YA characters that started out cute, but was way overdone. That's another problem I had - how very overdone the entire book was. I was like, "okay, I get it already!" with how detailed it got. I didn't need to know every step taken to get from A to B, much less Z. So much could have been edited out without changing the plot line. I got it on Kindle because I wanted to see the resolution of both the mystery and the romance, but I wanted to be able to skip the minutiae.
Not worth it, even in a BOGO, not even on Kindle. Unless the latter is free.