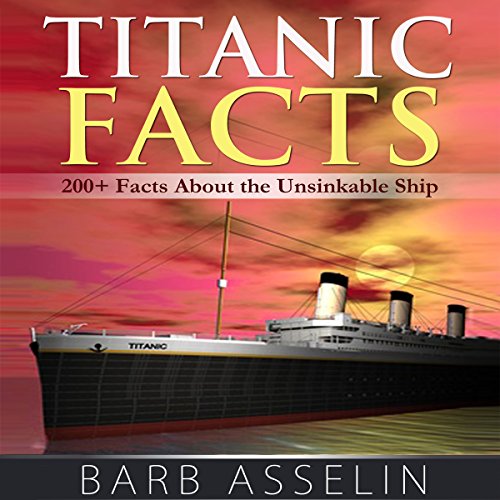 By: Barb Asselin
Narrated by: Bryan Patrick Jones
Try for £0.00

Are you fascinated with the Titanic?

Have you wondered what it must have been like to work in those hot boiler rooms, or as a maid to a first class passenger?

What about what it would have been like to actually be a first class passenger?

Did you watch James Cameron's Titanic and think, "How would I have survived the sinking?"

Well, this listen is for you. You will discover more than 200 facts about the Titanic including:

Ready? Let's go back to Titanic...

What listeners say about Titanic Facts

Fascinating facts! look I was surprised that how many dogs that lived was not in the book!