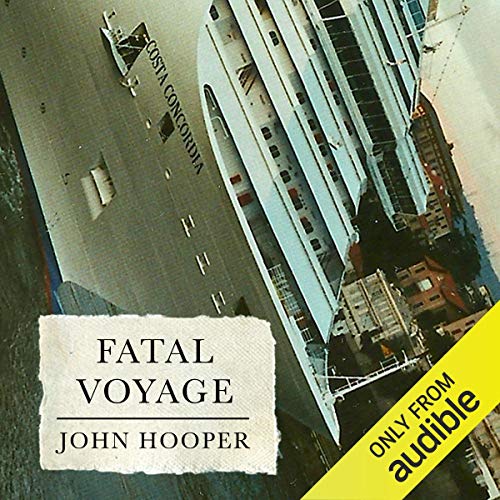 A superstitious man might just have balked at putting to sea on Friday 13th in the centenary year of the sinking of the Titanic.... Fatal Voyage is the first comprehensive account of the wrecking of the Costa Concordia - an enthralling narrative of events before, during, and after the 114,000-ton liner slammed into rocks off the Mediterranean island of Giglio.

Focusing on the experiences of a Californian family, Fatal Voyage brings to life the terrifying reality of being trapped aboard the listing, crippled Costa Concordia. And it shows that some of the issues raised by the Titanic disaster are as relevant today as they were 100 years ago.

John Hooper is the Rome-based correspondent of The Economist and The Guardian. He has been reporting from the countries of the Mediterranean for almost 25 years. His book The Spaniards won the Allen Lane Award for a best first work of nonfiction. It has since been revised and updated as The New Spaniards.

What listeners say about Fatal Voyage

Good, but too short

I've read a few books on the Costa Concordia disaster, so was interested to see one in Audible. This was well written, and well enough narrated, but it was just too brief to do the story justice.