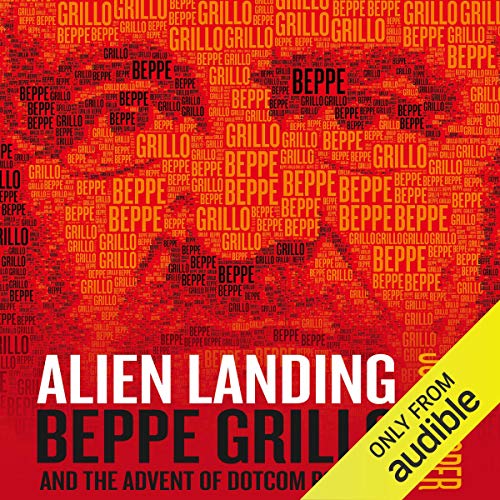 Direct democracy can no longer be thought of as something that belongs to the future.... This is the scarcely believable story of how, in just over three years, a political dotcom grew to become one of the most powerful forces in the affairs of a country of 60 million people. At the general election in Italy this year, Beppe Grillo’s Five Star Movement, which has its headquarters on a website, took a quarter of the vote - more than Silvio Berlusconi’s party.

Such is the weight of Grillo’s following in the new parliament that his movement was able to block the formation of a new government, paralyzing the politics of the nation for more than two months.

In a fast-moving narrative, John Hooper tells the story of how an unlikely partnership between an angry, exhibitionist comedian and a retiring Web consultant took Italy by storm.

Drawing on extensive interviews with Grillo and his publicity-shy co-founder, Gianroberto Casaleggio, he looks at the reasons for the Five Star Movement’s giddying rise and highlights both its revolutionary aspirations and inherent contradictions. He considers whether Grillo is - as the German magazine Der Spiegel branded him - "the most dangerous man Europe", or the pioneer of a digital transformation that will change all of our lives.

John Hooper is Italy Correspondent of the Economist and Southern Europe Editor of the Guardian. He has reported for almost 25 years from the countries of the Mediterranean. His book, The Spaniards (since revised and updated as The New Spaniards) won the Allen Lane Award for a best first work of nonfiction. Hooper is also the author of the best-selling Kindle Single Fatal Voyage, which tells the story of the wrecking of the Costa Concordia and was described in The New York Times as "equal parts thriller and elegy".

interesting, but for a narrow audience

This book will be of interest to anyone who follows Italian politics, politics and democracy in general, and the way voters can be persuaded (or otherwise). It covers the Grillo phenomenon and offers interesting insights into the background and operations of the 'movement'. It is a specialist topic so probably not for the general reader. The narrator did a reasonable job, but a couple of pronunciation clangers spoiled the overall performance (ci in Italian is pronounced chee, not kee).