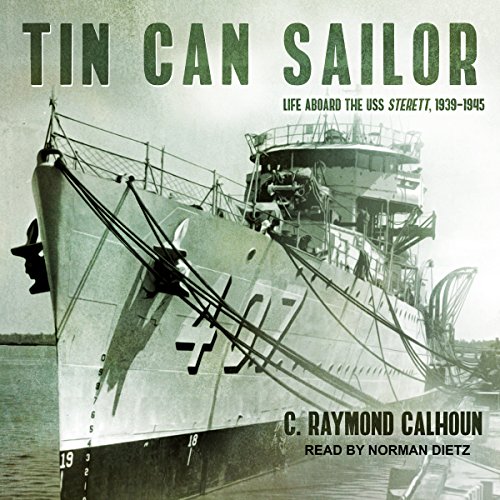 More than 800 sailors served aboard the Sterett during her hazardous and demanding duties in World War II. This is the story of those men and their beloved ship, recorded by a junior officer who served on the famous destroyer from her commissioning in 1939 to April 1943, when he was wounded at the Battle of Tulagi.

Peppered with the kind of vivid, authentic details that could only be provided by a participant, the book is the saga of a gallant fighting ship that earned a Presidential Unit Citation for her part in the Third Battle of Savo Island, where she took on a battleship, cruiser, and destroyer, and was the last to leave the fray. Calhoun's gripping and colorful account tells what it was like to be there during those furiously fought, close-range engagements.

A good story about something that really happened<br />

A good story about something that really happened
.
Hats off to you all.
Thank you. Go Navy

Remarkable account of WWII combat on the high seas

this account of daily life and heavy combat on a destroyer in world war II was fantastic.

it is a riveting account on the destroyer Sterett. It is amazing they survived to tell the story.