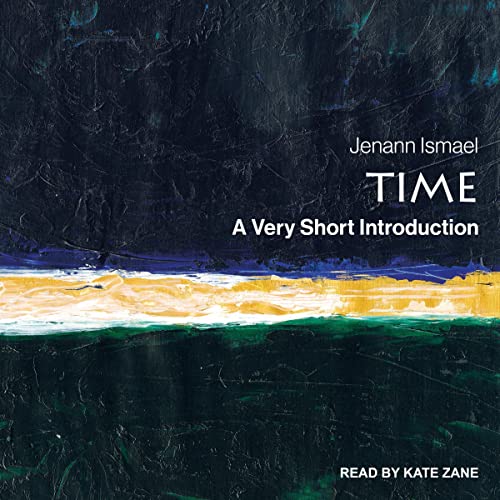 By: Jennan Ismael
Narrated by: Kate Zane
Try for £0.00

What is time? What does it mean for time to pass? Is it possible to travel in time? What is the difference between the past and future? Until the work of Newton, these questions were purely topics of philosophical speculation. Since then we've learned a great deal about time, and its study has moved from a subject of philosophical reflection to instead became part of the subject matter of physics.

This Very Short Introduction introduces listeners to the current physical understanding of the direction of time, from the Second Law of Thermodynamics to the emergence of complexity and life. Jenann Ismael charts the line of development in physical theory from Newton, via Einstein's Theory of Relativity, to the current day. In this new vision, time is one of the dimensions in which the universe is extended alongside the spatial dimensions. The universe appears as a static block of events, in which there is no more a difference between past and future than there is between east and west. Discussing the controversy and philosophical confusion which surrounded the reception of this new vision, Ismael also covers the contemporary mixture of statistical mechanics, cognitive science, and phenomenology that point the way to reconciling the familiar time of everyday sense with the vision of time presented in Einstein's theories.

What listeners say about Time