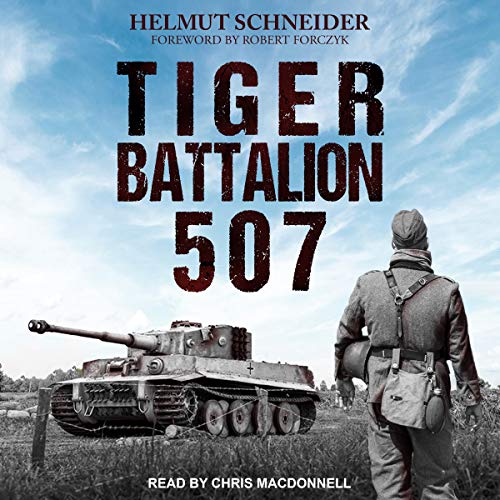 This is the little-known story of Heavy Panzer (Tiger) Battalion 507 told through the recollections of the men who fought with the unit.

The book was conceived during a reunion of the "507" at Rohrdorf in 1982, where it was agreed to set up an editorial committee under Helmut Schneider, himself a veteran of the battalion, to search for as many survivors of the unit as possible and gather their reminiscences. The resulting account is a treasure trove of firsthand material, including personal memories, diary entries, and letters.

The account follows the unit from its formation in 1943 and the catastrophic events on the Eastern Front, through battles on the Western Front and engagements against the American 3rd Armoured Division to the confusion of retreat, panic-stricken flight and Soviet captivity in the closing stages of the war. Honest and unflinching, this remarkable collection of autobiographies offers a glimpse into life in Hitler's panzer division and is a stark testimony of a generation that sacrificed its best years to the war.

What listeners say about Tiger Battalion 507

A very good book documenting the war from the perspective of German soldiers. Enjoyed listening without all the bravioso found in other books. A German narrator would have been more fitting to grasp the depth of the story.

This book could potentially be the dullest of book related to WW2. I liken it to someone reciting ingredient lists from the back of cereal boxes.