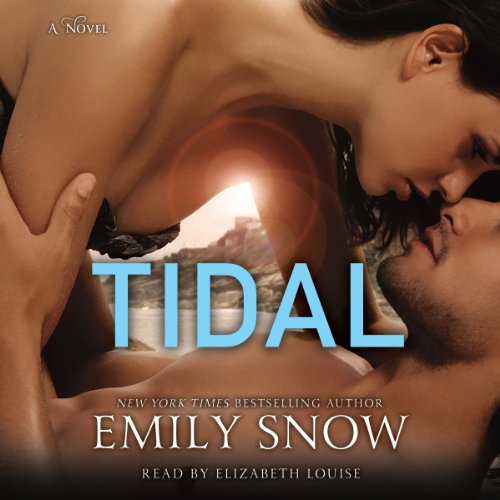 By: Emily Snow
Narrated by: Elizabeth Louise
Try for £0.00

From New York Times and USA TODAY best-selling author Emily Snow: Hollywood starlet Willow Avery is out of rehab, with only one chance left to redeem herself before she’s officially on every director’s blacklist....

....At least, that’s what her parents and her agent are claiming. She doesn’t really give a damn if she never makes another movie - she just wants to get on with her life, get back to her friends, and find her next escape. But Willow is broke. And whether she likes it or not, acting is the only job she knows how to do.

When she accepts the lead in a beach drama, set in Hawaii, Willow meets Cooper, the gorgeous Australian surfer who’s been hired to train her for her new role. With the bluest eyes she’s ever seen and the sexiest accent she’s ever heard, Cooper’s different from the men she’s used to. He doesn’t want to use her. And he refuses to let her fail.

But when an old friend re-enters Willow’s life - a friend whose toxic presence reminds her of the painful memories and deadly habits she’s tried so hard to suppress - Willow will have to choose between the girl she was and the person she’s becoming...or she may lose the man she’s starting to love.

What listeners say about Tidal

It took me a little while to get into this story, but I thoroughly enjoyed it. And the epilogue? Oh my! That got me in tears.

I found this book to be interesting and enjoyable. Willow is a famous actress who falls victim to the crazy Hollywood lifestyle. She ends up in rehab because of it. When she is released, she gets a lead role in a new movie. In steps Cooper, a surf instructor who is perfect in every way. He has to teach her how to surf for this movie. Obviously, there is major sexual attraction. Overall, I enjoyed the book. The character's behavior and reactions almost make the story seem believable. I would recommend this author and look forward to tackling more of her books.

The voice bothered me

I appreciate the change in voices for different characters but I feel like the book would have been more believable if there was actually a male voice for Cooper. It wasn’t really believable and I skipped over sexual parts because it just wasn’t convincing so it felt a little strange. It’s just different when you read and imagine the voices in your own head.

3.5 stars
For the majority of the book I really liked both Willow and Cooper. However lack of honesty between the two becomes an issue. I loved that Willow was an actress with issues and that Cooper had his own problems but had learnt to grow from them. He shows that people can learn to live with hardships and make the best of situations. Cooper start off as a royal sexy accented jerk but grow on the listener and Willow quite quickly. Willow is a mess, however she has left rehab and is attempting to make a real change in her life. That road isn't without its bumps, then again what road is.
Her parents are awful, her agent is useless. I loved her body guard he is a cute giant with a big heart. Paige is probably my favourite character. She's so real and personable.

The narrator was good, she was easy to listen to and differentiate between who was talking. I'd listen to something by her again.

Not your cookie cutter romance. Both Cooper and Willow are tow damaged people who fall and love and learn to move on from troubled pasts and pain beautifully written as well.

This is a great listen. Of course it has the fairy tale type feel in places but it works. It's very mild in the "steamy" department but it's one of those you enjoy anyway. I thought it was a credit well spent.