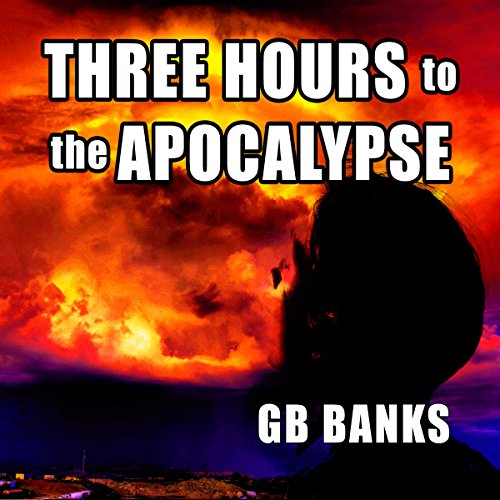 Three Hours to the Apocalypse

Three Hours to the Apocalypse

If the government knew one year from today the world would end...would you want to know right now, or only three hours before the asteroid hits?

Pro: A year to spend with your family…No more bills!!

Con: The people you depend on to keep you safe and grow your food...Do you think they will go to work tomorrow?

The President and all the world leaders knew a year ago. Death from above was coming, and after much study and debate, they realized that there was nothing they could do to stop it. But instead of telling the world right away, they waited as long as they could...until three hours before the apocalypse...

A man desperately tries to get to his estranged wife and kids...an evangelist must confront his own shady past...a man pursues vengeance...the entire world is only given three hours to accept their imminent death...

What would you do?

Things seem to be abit out of kilter on this one..

Sure. Most audio books are, this one being no exception. Interesting concept that most of us have thought about at some point in our lives. What do you do when you know the end is coming, and how do others deal as well. It certainly gives the listener pause to consider their own potential response.

Each story arc had it's own uniqueness. Interesting plot device here so it all runs coincidentally. Not one thing to pull out...the story needs to be viewed as an entire package as I see it.

Have you listened to any of Duane Sharp’s other performances before? How does this one compare?

I have not, and I was impressed. Had a Luke Daniel like quality. I want to hear more from him.

This one had some religous overtones that were abit off putting at first, but made sense as the story unfolded. On balance, this is a unique, powerful story, maybe abit too "small " for the subject matter at hand, but worthwhile nonetheless. Recommended, with those reservations to be considered.