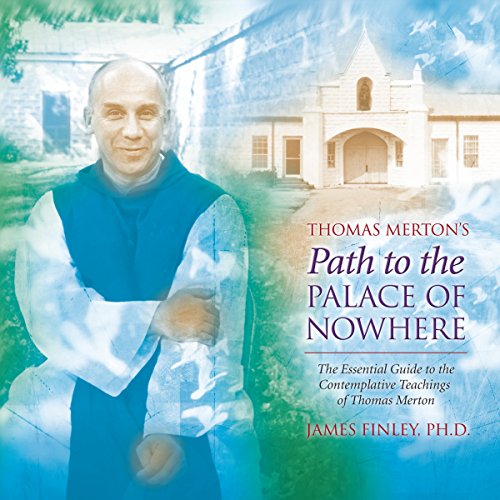 Thomas Merton’s Path to the Palace of Nowhere

Thomas Merton, Trappist monk, author, and student of Zen, remains one of the most important and beloved figures in the modern Christian contemplative movement. His writings, which bridge Eastern and Western spiritual thought, continue to inspire us with their real possibilities for immediate and direct experience of the divine. Now James Finley, who for six years lived, prayed, and studied with Brother Louis, as Merton was known at the Abbey of Gethsemani, shares with us the gifts passed on to him by this towering figure in Thomas Merton's Path to the Palace of Nowhere.

First presented at a series of popular retreats, this full audio program takes a participatory approach to Merton's most useful teachings, helping us to discover our true self...to disappear into God; to be submerged into his peace; to be lost in the secret of his face, as Merton said, through daily practices including contemplation, prayer, and faith. In the end we find ourselves in what the Taoist sage Chuang Tzu called the Palace of Nowhere, where all the many things are one. There is an Eastern teaching called transmission of mind, in which the enlightened mind embodied in the master is manifest in the student's awakening. It is in this spirit that James Finley invites us to follow Thomas Merton's Path to the Palace of Nowhere.

Really enjoyed this. It would be hard for me to totally articulate why. James Finley is very gifted in how he describes the indescribable nature of your relationship with spirit/god/the universe.

Thomas Merton was my entrance into Christianity several decades ago. However, the denomination to which I belonged was nervous about Catholicism, so I set him aside. A number of unexpected spiritual twists and turns connected me with James Finley's work and reconnected me with Merton. So this audiobook has been a delight to me because it radiates both Finley and Merton. I listened slowly, often repeating sections, making notes, sitting with the ideas, at times reduced to silence or tears. I enjoyed the quiet cadence of Finley's delivery. The book deeply moved me.

Deep. Greatly valuable on the path.

The narrator is a contemplative - his voice alone gets you there. The book is well-crafted, profound, and ... sparkling!

Breathtaking. Touching, reassuring friend on the path to contemplative life.

Breathtaking. Touching, reassuring friend on the path to contemplative life. James Finley's reflections are a soul message on the journey.

James Finley is a gift to all seekers

as I listened to James Finley speak about his experience and understanding of the greatest spiritual guide of my lifetime Thomas Merton, I wept I laughed and I felt loved overwhelmingly.

a glimpse into the depths of God's love through...

...our human brokenness. It is one of the gifts that James Finley gives us through his contemplation of Thomas Merton's words and life.

I will repeat the experience of listening to this book hopefully with others. So much here opens the heart to sharing and mutual understanding that it simply must be shared.

James Finley gives an amazing and profound series of meditations in this work. Clear and very helpful on so many fronts. I'm so thankful to have come upon this series of talks.

This is my favorite of all James Finley’s works. He works so hard to help us on the path through the Mystery of being alive.

Well written and narrated, a man with his own flaws discovers that faith, love, and God's love can remold and shape a man of God. Highly recommend this and others by. Thomas Merton

James Finley does a fantastic job of teaching the path of contemplation. I will no doubt listen again.