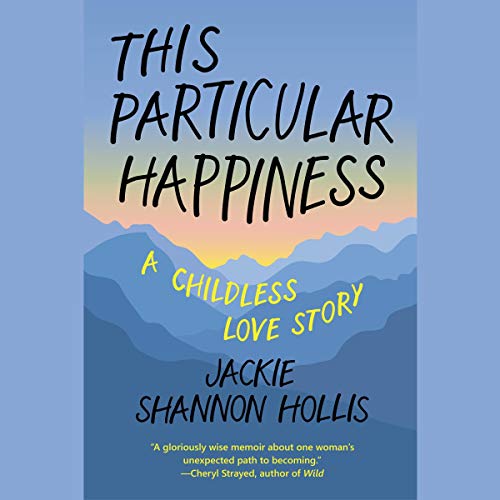 As a farm girl in eastern Oregon, feeding bottles to bummer lambs and babysitting her little sister, Jackie Shannon Hollis expected to become a mother someday. After a series of failed relationships, she met Bill, the man she wanted to spend her life with. But he was a man who never wanted children. Saying I do meant saying I don't to a rite of passage her body had prepared her for since puberty.

Told in short nonlinear chapters, This Particular Happiness explores the fracturing of female identity as Shannon Hollis questions her childless decision, navigates her roles as daughter and wife and sister and friend, and ultimately learns to listen to her own heart. This debut memoir is about what we keep and what we abandon to make space in our lives for love.

Listening to this story brought out so many emotions. Sadness, guilt, resent, happiness, relief. Worth listening.