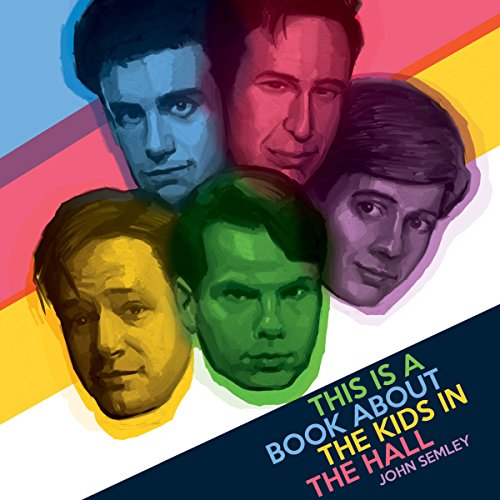 This Is a Book About the Kids in the Hall

This Is a Book About the Kids in the Hall

The first book to explore their history, legacy, and influence.

This is a book about the Kids in the Hall - the legendary Canadian sketch comedy troupe formed in Toronto in 1984 and best known for the innovative, hilarious, zeitgeist-capturing sketch show The Kids in the Hall - told by the people who were there, namely the Kids themselves. John Semley's thoroughly researched book is rich with interviews with Dave Foley, Mark McKinney, Bruce McCulloch, Kevin McDonald, and Scott Thompson as well as Lorne Michaels and comedians speaking to the Kids' legacy: Janeane Garofalo, Tim Heidecker, Nathan Fielder, and others. It also turns a critic's eye on that legacy, making a strong case for the massive influence the Kids have exerted, both on alternative comedy and on pop culture more broadly.

The Kids in the Hall were like a band: a group of weirdos brought together, united by a common sensibility. And, much like a band, they're always better when they're together. This is a book about friendship, collaboration, and comedy - and about clashing egos, lost opportunities, and one-upmanship. This is a book about the head-crushing, cross-dressing, inimitable Kids in the Hall.

A great insight into an archetypal network of minds, as well as the nature of the work they do. Brilliantly read with accentual tones to distinguish the Kids and their quotes, this title defines impeccable quality in content, context and delivery.

If you're interested in the story of The Kids in the Hall the odds are pretty good that you are familiar with their classic television show. The author of this book goes on at length about the sketches that make up the episodes but not the stories behind them. It is not necessary to describe in detail the premise, and sometimes dialogue, of sketches that KITH fans have watched numerous times. There are interesting anecdotes throughout but overall it was a struggle to get through. I wish that what the author had written in the final chapter had been put in the first chapter so that I would have known that his writing style would not be for me. I didn't listen to this entire book just to have the last chapter mainly consist of the author's opinions on what is acceptable in comedy and that "punching up" is the new standard. I await the day for an unbiased KITH-tory.