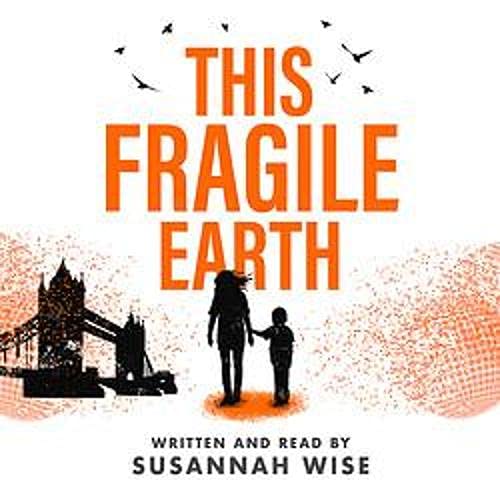 What would you do to protect your family if the world stopped working?

Not long from now, in a recognisable yet changed London, Signy and Matthew lead a dull, difficult life. They've only really stayed together for the sake of their six-year-old son, Jed. But they're surviving, just about. Until the day the technology that runs their world stops working. Unable to use their phones, pay for anything, even open the smart door to their flat, Matthew assumes that this is just a momentary glitch in the computers that now run the world.

But then the electricity and gas are cut off. Even the water stops running. And the pollination drones - vital to the world, ever since the bees all died - are behaving oddly. People are going missing. Soldiers are on the streets. London is no longer safe.

A shocking incident sends Signy and Jed on the run, desperate to flee London and escape to the small village where Signy grew up. Determined to protect her son, Signy will do almost anything to survive as the world falls apart around them. But she has no idea what is waiting for them outside the city....

"I absolutely devoured this book. It has everything I love - great characters, intrigue, action, heart, drama and hope. Cannot recommend it enough." (Aisling Bea)

"[An] amazing futuristic novel.... Do yourself a favour and a pick up a copy now. It's fantastic." (Paul Bettany)

"Excellent...tugged at my heart-strings in a sometimes unbearable way." (Beth Clift, author of Last One at the Party)

What listeners say about This Fragile Earth

We are perhaps all rather familiar with the 'eco-disaster' narrative and its place in near-apocalyptic fiction but sometimes a writer just manages to do something much more interesting with the idea than the usual 'Oops - all those floods and forest fires must be telling us something' background story line. And that is what we have here - a looming something or other and all kinds of weird things happening as everyday life in the near future approaches some kind of critical moment. But the story is also about a woman and her reactions - a wonderfully drawn character who manages to bring together all of the hopes, capabilities, intelligence and versatility of a real person mixed in with all of the uncertainties and frailties which are always there lurking not very far below the surface. "Oh bugger - I've gone and done the wrong thing" could easily be words coming from her on a number of occasions. Great stuff - and a simple round of applause to the author/reader who makes the character seem so real.

Of course I have to admit that the musical harmony - counterpoint theorising along with the rather 'stunted' portraits of male characters could be seen as weaknesses but somehow this simply seems to be me trying to find fault. OK - the lads don't seem to get a very good spot in the chorus line and the 'science' flies far too far over my head but I wouldn't want to stretch either of these points. My only criticism of the book really - is that it ended too quickly. OK - 'Leave them wanting more' has its place I suppose.

An excellent read/listen and a truly enjoyable experience. I do hope that the author continues to look at things from her uniquely individual perspective - always steering herself away from 'accepted' or even 'orthodox' narratives. This book offered something truly original and was delivered with great energy and commitment.

I loved this and stayed up late to finish it.

It is fast-paced and totally gripping and it has stayed in my thoughts since.

We are in London in the near future as things start to fall apart. This future London is entirely believable and so is the main character, Signy. She has flaws but we come to realise that she will do anything to protect her son as she fights to get out of the city to a place of safety. All the details of their gruelling travels and their search for food and shelter are vivid and convincing. I could picture it all. The relationship and power struggle between the mother and her boy ring very true, giving a human heart to this intelligent sciience-fiction.

The ending is intriguing and I am going to listen to the story again and think about it some more.

Really enjoyed this debut novel.
The story (a parable really) is relatable and exciting. And unlike anything else I’ve heard.
And very much helped by a great narration - controlled and engaging. And a pleasure to listen too. Can wait for the next novel.

story line of the book is good. first half is superb.

One of the most captivating and thought provoking books I have listened to in a very long time!
Well written and narrated.
Highly recommended to anyone who enjoys post apocalyptic themes based around human impact on the earth.