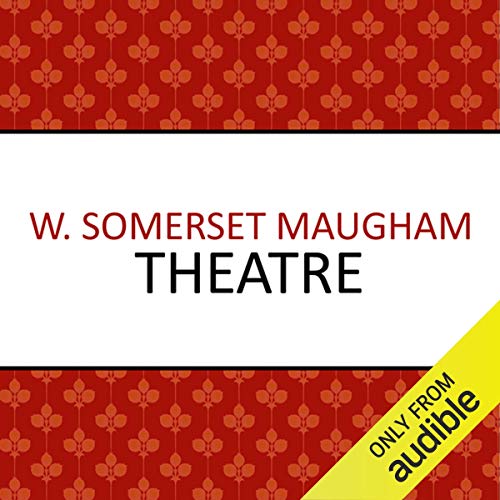 By: W. Somerset Maugham
Narrated by: Lucy Scott
Try for £0.00

Julia Lambert is in her prime, the greatest actress in England. Off stage, however, she is bored by her handsome husband, coquettish, and undisciplined. She is at first flattered and amused by the attentions of a shy and eager young fan, but before long Julia is amazed to find herself falling wildly, dangerously, in love.

"Brilliant. Sheer, unmatched skill which would fill any novelist with envy." (Chicago Tribune)

What listeners say about Theatre

The latest in my current occasional re-visits to old favourite Somerset Maugham novels. Theatre is short and punchy, frothy and very easy listening. I really enjoyed it, but it is very much of its time: cliched as it now may sound to us, I also very much liked being taken back to a era of glamour, grease-paint and glittering parties!

The chief character is Julia and (unusually, I think, for WSM) he does present us with a pretty well-rounded female 'lead'. She's clever - but very one-dimensional; she's flawed - and in many ways, she knows her own failings, despite staggering vanity and self-awareness. But I really liked her. Compared to her, the other characters seem less vivid - I imagine this is how the author meant us to feel.

Well read, in a voice that coped quite well with the male characters too, the narration also seemed a period piece, so it worked very well, for me.

If you fancy a few hours in the dressing rooms and cocktail parties of the stars, with nothing to tax your senses or offer any listening peril whatsoever, I recommend Theatre.

That certainty I feel when picking up a book by Maugham

William Somerset Maugham’s piercing ability to cut back the fluff & froth that fill so many other literary works of fiction is as vibrantly alive today as when he wrote THEATRE. As a great playwright himself he wrote from personal experience , but this peerless author and observer of Human Nature brings a thrill that within this work, and Theatre is certainly an outstanding book, that the protagonists will be stripped naked with feelings and actions so gripping the drama lies in watching ourselves from the cheapest action to an act of self-sacrifice - the narrative is unflagging and this comedy of Manners within the theatre of the day is brilliantly enjoyable & as compelling as any murder mystery. Wonderfully Narrated - the whole ..... a blissful and all too rare treat. Léonie Frieda Cape Town