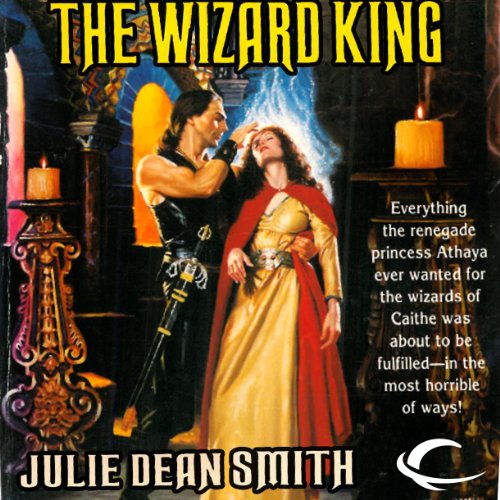 By: Julie Dean Smith
Narrated by: Dara Rosenberg
Try for £0.00

Magic had at last returned to Caithe - though hardly in the form that the princess Athaya Trelane had imagined. The Sage, the wizard leader of the ice-bound island of Sare, was poised on Caithe's shores. No longer would wizards be persecuted by Church and State. No longer would the Tribunal dare root out and exterminate them. And those Caithans who were struck with the madness of untrained magic would no longer need to flock to Athaya's secret schools to learn control. The promises he made to Caithe's wizards were grand.... But there was a darker side to the Sage's plan. The Sage was determined to claim the kingdom for his own. His wizards would rule all lesser, common men. The Trelane king would be ousted from power. And as for Athaya herself... She was an adept, like the Sage; and an ancient prophecy spoke of a powerful woman who would aid a great wizard king.... His was a madness of a different sort - and to stop his schemes would be the greatest challenge of Athaya's life.

What listeners say about The Wizard King