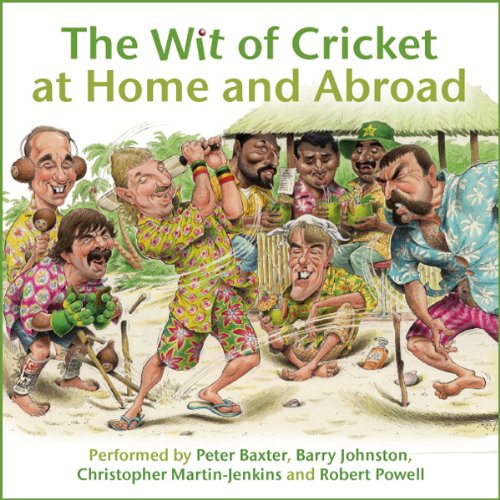 The Wit of Cricket at Home and Abroad

From the producers of the number-one best-selling CD The Wit of Cricket, here is a brand-new collection of the funniest cricket stories at home and abroad, recorded live at Great Brickhill Cricket Club in Bedfordshire.

Join in the laughter at hilarious anecdotes about the Ashes, overseas tours, sledging, Test Match Special, and much more!

Peter Baxter was the producer of TMS on BBC radio for 34 years; Barry Johnston is the son of Brian Johnston. He is a writer and producer and he compiled The Wit of Cricket book; Christopher Martin-Jenkins has commentated on TMS since 1973, was cricket correspondent for the BBC and The Times, and is the new president of MCC; Robert Powell is an award-winning actor and former president of the Lord`s Taverners.

Wit of Cricket at Home and Abroad